Playing in the snow

Jim has today off and it's snowing again, so what else is there to do, but build a snowman! 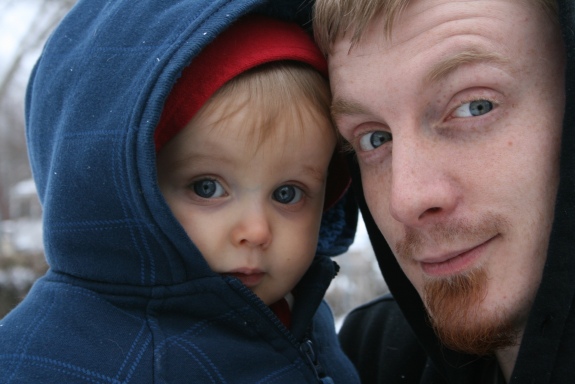 Jim said he has never made a snowman so this was a first for both him and Liam. 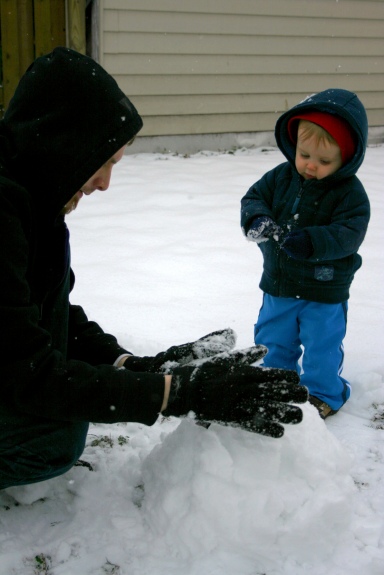 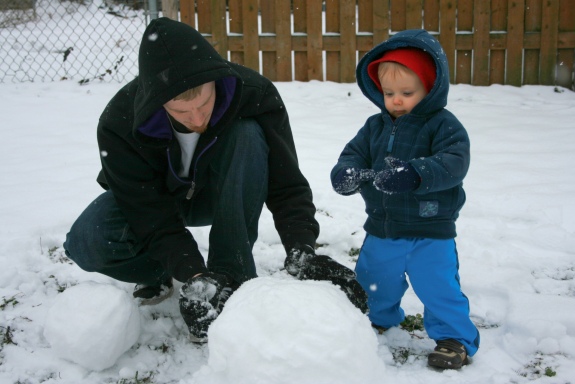 Liam was a little upset at one point when his mitten fell off, and again when someone put a snowball on his head, but eventually he warmed up to the whole thing, so to speak. 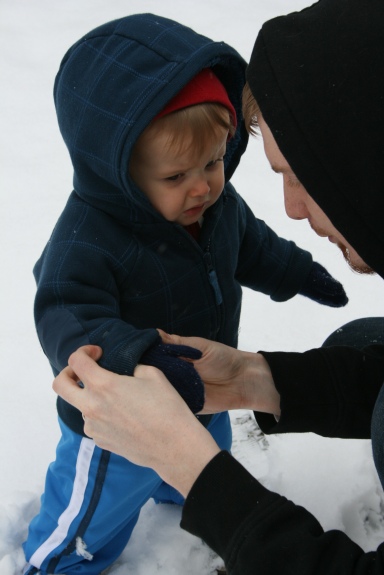 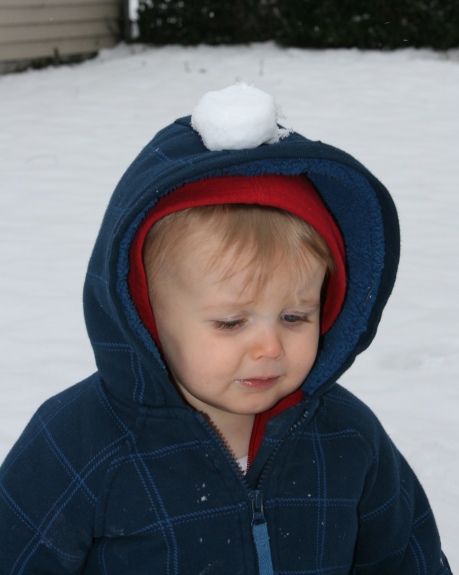 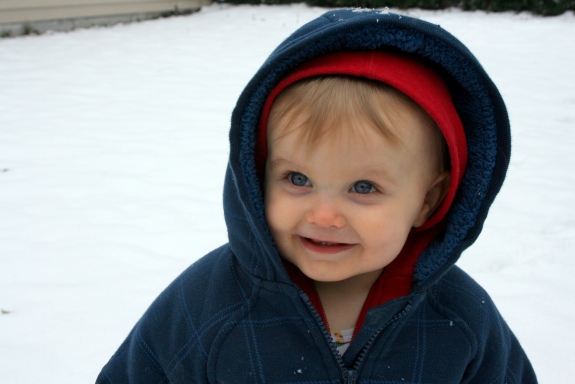 Frankie also helped with the snowman. 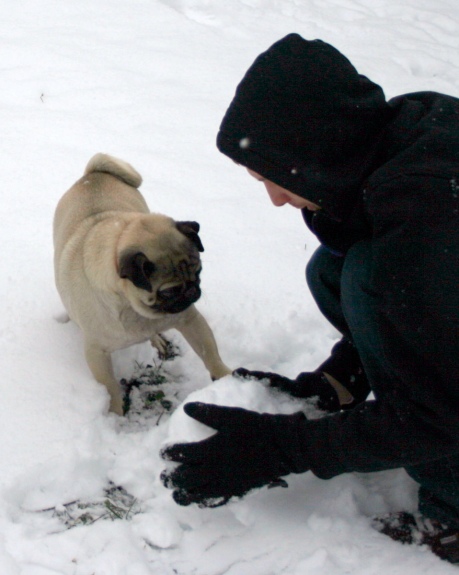 A couple of finishing touches.... 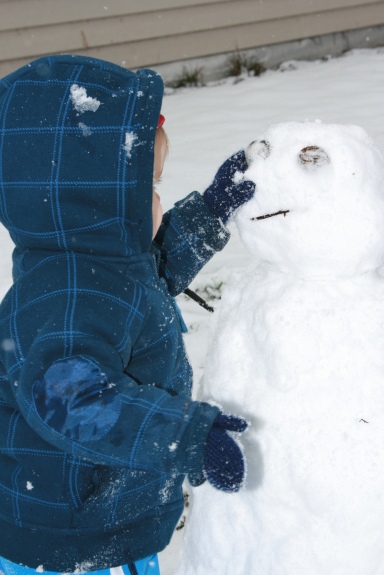 And voila! A snowman! 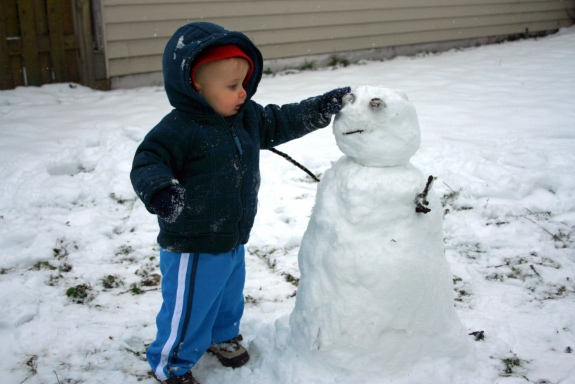 Frankie was insistent, it was time to go inside. 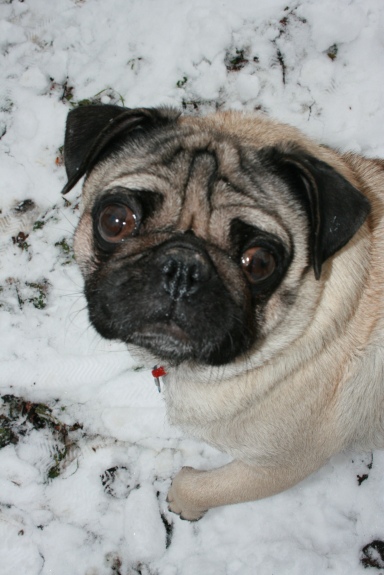 Looks like it was a great day, all things considered.

How fun! Liam looks happy to be taller than someone.

Frank said enough with the cold feet and tush--inside for treats! Looks like a lot of fun for both of them.

poor Liam - nobody wants a snowball on their head! Tell him that his friend Tucker wouldn't have liked that very much either!

Looks like a fun time! That first photo is a total keeper, Ames - get that thing printed for frames and a wallet for Daddy!!

Fun times. What a cute snowman.

girlcarew   Friday, January 1, 2010
looks like a good time was had by all except prehaps for frank.