I don't like to leave my grass neglected. I take pride in my lawnmower, even though it may not look like it. 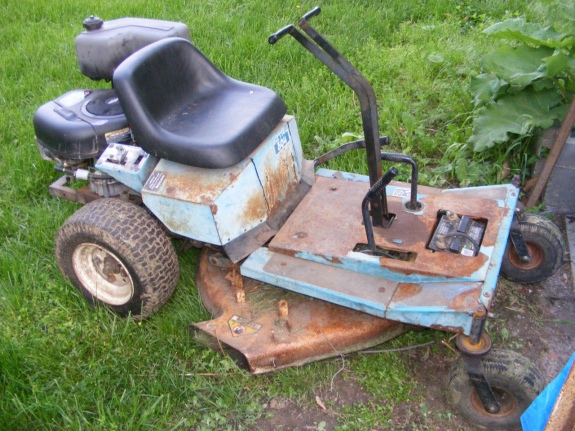 When I was a kid my dad talked about one brand of mowers more highly than all others. We always had a Craftsman or an MTD or some cookie-cutter riding lawn mower. If we ever saw a neighbor mowing with a Dixon ZTR though, it was pointed out. "Look at how easily that turns." "Watch it spin around." So it was that I believed, "When I grow up I'm going to get a Dixon ZTR." 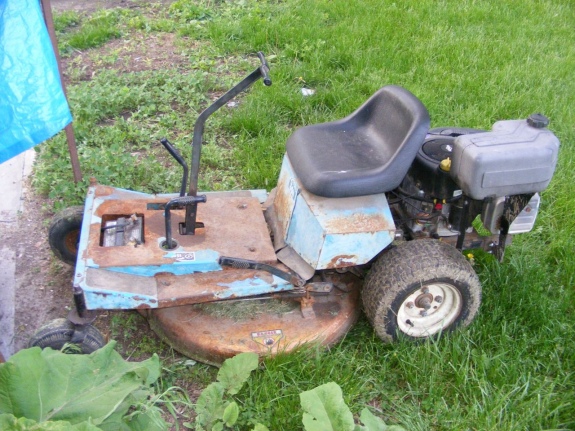 About four years ago my friend, the small engine mechanic, had an old mower that he had come across. I don't know for sure, but from what we've found online, this model is a 1983 or 1984 Dixon ZTR 304. I had to get it. I used it "as is" for the first season, modified it to run on E-85 for two years, and put a new engine on it last season. 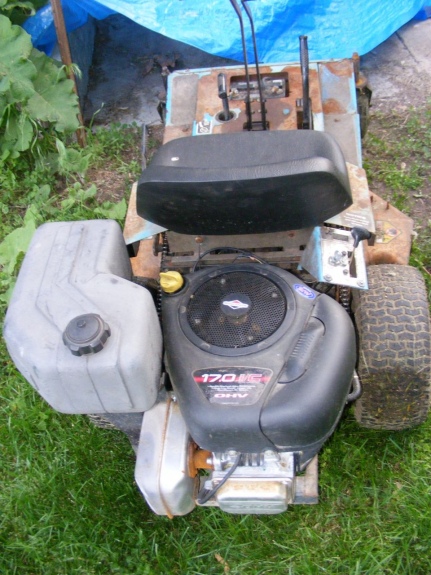 The original engine had worked well for 25 years, but this is a great machine. I had the original 10 HP engine replaced with a 17 HP Industrial/Commercial engine and bought a new set of rear tires. This mower can and will do wheelies, especially if someone who isn't used to it gets behind the levers. 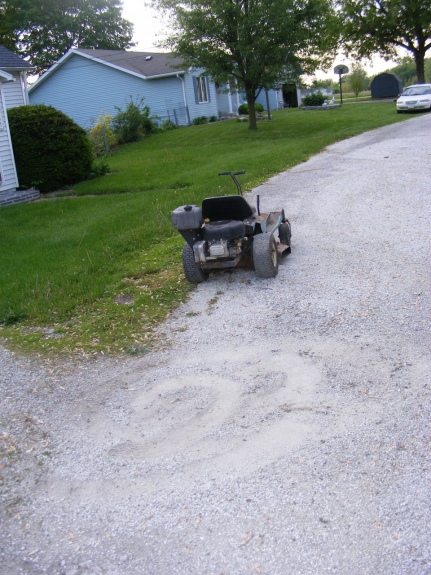 It also does some sweet donuts in the driveway. This year my mechanic friend helped me to get the cone drive replaced. This is basically the transmission on a ZTR. If you're a mechanic this is really quite something to see. A belt, driven off the engine turns two cones made out of a brake pad like material and the levers lift or drop two horizontal metal cups onto those cones. 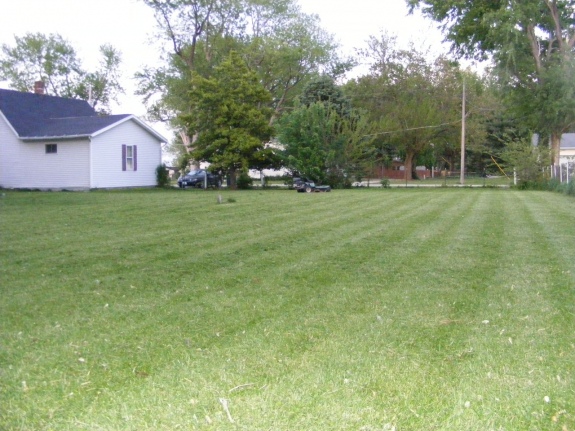 This mower drives like new and for me is one of the most comfortable and precise mowers I've ever used. It may look like crap, but it does quite a job.
Half an acre done in less than half an hour with extra time for pictures. 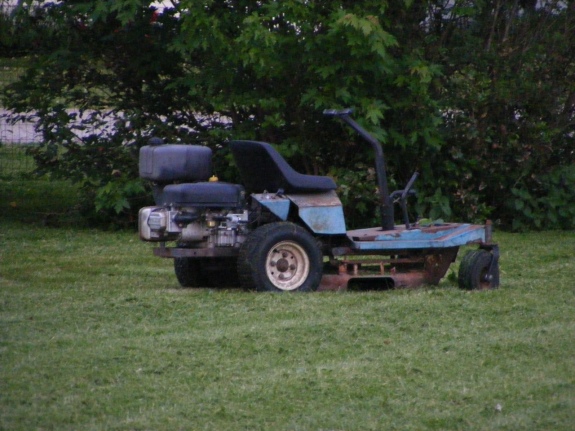 ...and time for more spinning! 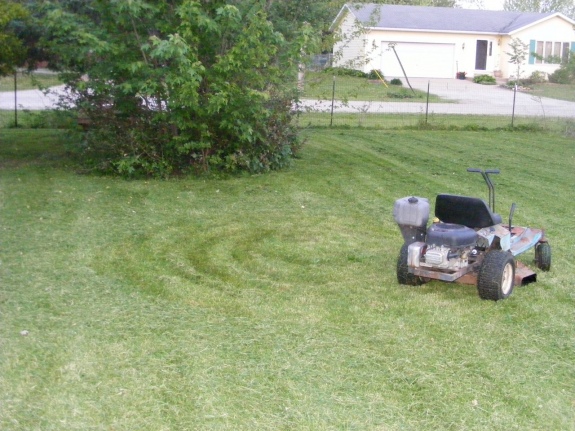 I have a friend, Dick, in MN who should be here to talk mowers. He loves to find a great deal and fix it up and talk about it for years. For some reason, when his wife and I had to use them--they wouldn't start worth crap. But, he could come out and yank that string and they'd work just fine for him. :) Sounds like a sweet ride!!

Very chic! Kinda looks like something out of a Mad Max film.

Dude that's so rad. It takes me about 45 minutes to do my lawn, but that's using a plain ol' push mower (the kind where the wheels don't turn on their own). I need you to hook me up with a similar mower. Just think of it - the Day-Heinzel Lawn Care & Computer Company. We'll mow your lawn and fix your darn computer at the same time. It's a genius idea, I know.

I'm starting to think I know where those crop circles come from in the alien movies.

It's not much to look at, that's for sure, but it is clearly loved by it's owner.

I like your mower, Joe. Some things are way better when you work on them yourself and get them into the shape you want. Great job and nice pictures. Dave - plain ol' push mower - hah, the one I used growing up didn't have a motor!!

It might take a bit longer but you could totally drive that to work and to all your schools. It has to get great gas mileage.

I know it's all about the mower, but I am more awed by the amount of grass you have. I think you'd have to be a multi-millionaire to have that much yard out here. I guess there are a few things I miss about the midwest.

Nice mower. You totally could have done the Humzoo logo in your yard.

That mower is truly a work of art.

I may splurge for a paint job later this season or next season. I'm totally undecided though. I don't know if the character will be lost. I'd like it to look like it did originally and I'd like to protect it from the elements, but as it is I've never worried about it being stolen.

I'll paint it for you! We could do a nice glossy clear coat so you don't lose any character. But may I also suggest flames down the side. And the mower needs a name so we can emblazon that on the back. I can see it now!

I would totally paint flames on it.... expect it to be done when you get home some day...

The mower was named "Corn-Burner" back when it ran on E-85. A flaming corn cob would be awesome.

That's a deal, Dave. I'm bringing mine back out tomorrow. Hope you enjoy yours.

Sure. The cone drive assembly comes out from under the seat as a single unit.