We went to see Sebastian Bach and Poison on Tuesday night and I tried to capture some of the awesomeness. I know I can't expect a lot from concert photos taken with any camera, but out of 56 pictures taken only 3 were halfway decent. This should have been an easy one. We had just sat down and the lights were still on. I was just trying to capture the anticipation in the room. 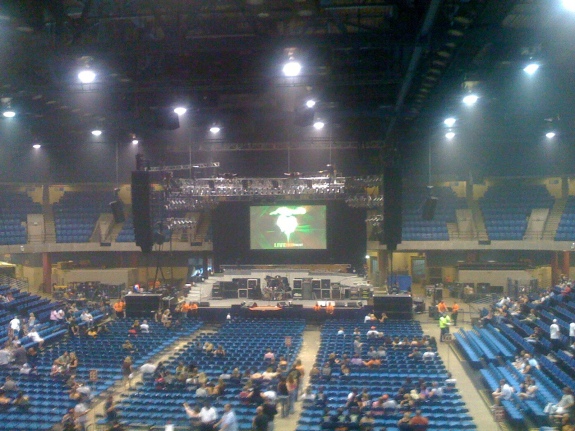 I was afraid this would be the total attendance for the concert, but as soon as people realized this was the former lead singer of Skid Row and not a classical composer they started to flood in. Sebastian Bach put on an awesome show. I tried to catch the pyrotechnic effect that was being used, but the iPhone would not capture the picture in any predictable time frame. I would press capture and the phone would stall for 30 seconds. The flames were huge, so big that we could feel the heatwave hit us even in the cheap mezzanine seats. I used the heatwave as a timing mechanism and got this shot by luck. 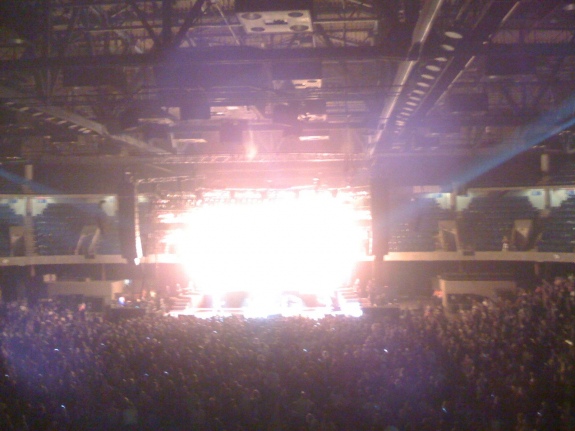 This last photo turned out the best, but I really wish I could have zoomed in or out or something besides just pressing the button and guessing when the picture would be taken. 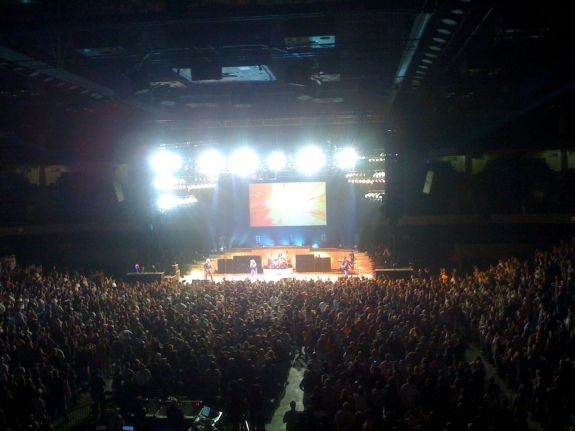 Glad you enjoyed the concert, Joe. Sorry your icamera failed you. If you'd have asked, I would have loaned you my awesome Sony digital. Give me a call & tell me more about it!

A camera in a phone is always going to suck compared to a proper camera. I think it is just meant as a convenient or fun little gadget.

Sebastian Bach? Oh my god. He was my 1st love back in 8th grade! I'm sooooooooooooooooo jealous!

I heard Dokken sucked. I personally think Dokken sucked back in the 80's but hey that's just me. What's JDI's take on Dokken at the PCCC?

Thumbs down for Dokken. They had to explain that you may have heard one of their songs in a Freddy Kreuger movie. Not - you may remember this from the radio or you probably owned this albumn, but "They used this song in a movie once." They also didn't have the energy of the other bands.

Oh No you Didn't!!!
Dokken was rockin in the 80's lol
George Lynch was a pretty good guitar player but Don was an ass and a sub par singer at best.
That movie song was Dream Warriors from Nightmare on elm street 3 one of my favorites of the series. It featured a young (pre Medium) Patricia Arquet(sp) and Lawrence (then Larry) Fishbern.
"I lie awake, and dreamed of lonely nights, I'm not alone. I wonder if these heavy eyes can face the unknown."

Ummm, didn't you people know that Sebastian Bach has Gone Country?? If not, you should check it out on CMT - he's joined in Nashville by Jermaine Jackson, that little dude from INSYNC or some boy band, Irene Cara, a chick who lost American Idol, Sean Young, Lorenzo Lamas and a couple others. Interesting...