It started out really rough though. Noah's CD player is dying and will hang and shut off mid play. If he wakes and it's off he will not go back to sleep. This morning he was up at 5:30. I was SO unhappy about this.

He went back down at 7:30 and slept another 3 hours. I slept until 11am. We were all up by then, ate lunch, got dressed and off we went. I packed a huge diaper bag with snacks, clothes, a towel, and all sorts of things you need for a day out. He was in need of a nap, and in true Noah fashion fell asleep 10 minutes before we hit the outlet mall. 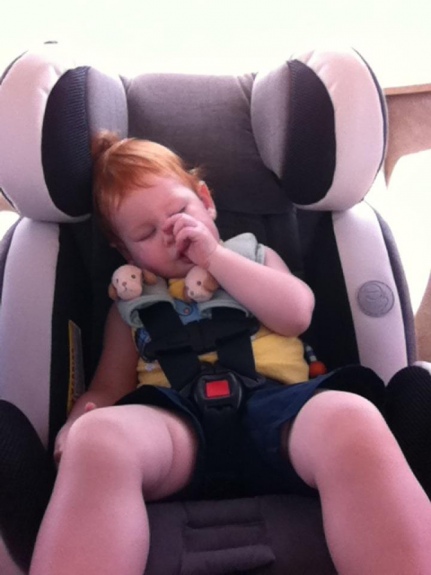 We continued to drive to allow him a fairly decent nap. After being on the road for 1 hour he woke up just in time to take the outlet exit! Because he was fresh from a nap and had been confined for almost 2 hours in the car we decided to let him play at the splash pad first. It was the first time he'd ever been allowed to walk and roam in public, and his first time playing in water like this. 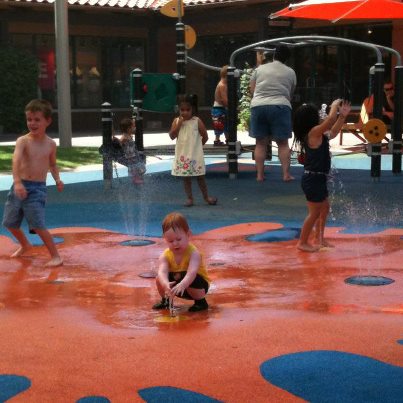 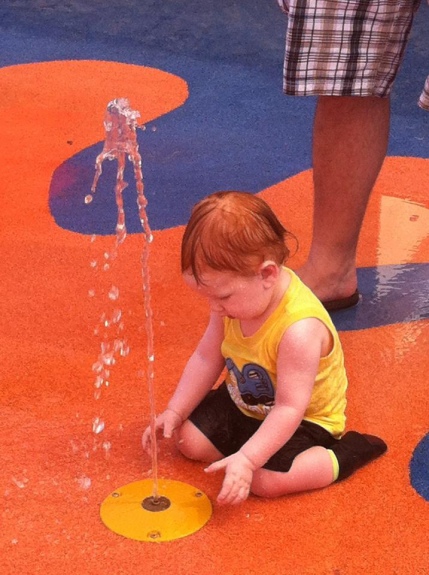 He figured out that he could wander around. Richie was quite the over protective dad following him very closely. It was so stinking cute! 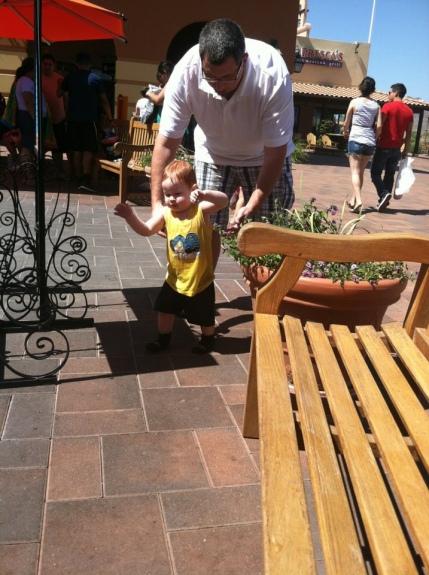 After a diaper change, dry clothes and lunch (second lunch) we headed off to shop. You won't believe who we saw...Geoffery!! 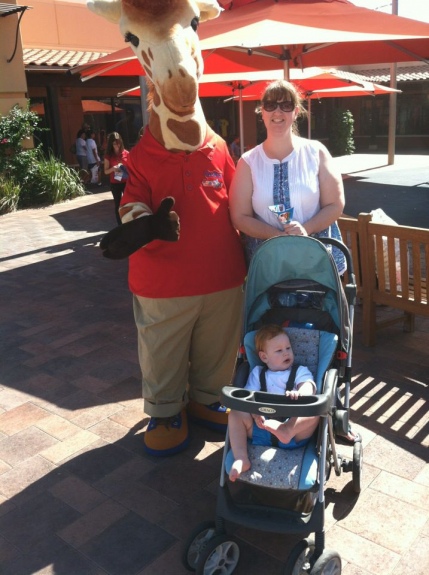 He was amazing. I shopped a bit for me, got him some new jammies, and his first pair of real sneakers! We tried to find him shoes in more stores than I care to name. But finally at the Nike outlet we found him a cute pair of non-character shoes. I hope they fit...he was already in the car and I wasn't about to drag him out to another store.

We got home, had dinner, played for a bit, had a bath and he went down without one little peep. It was perfect...

Nice when it all works out.