How is it possible that Noah turned 2? 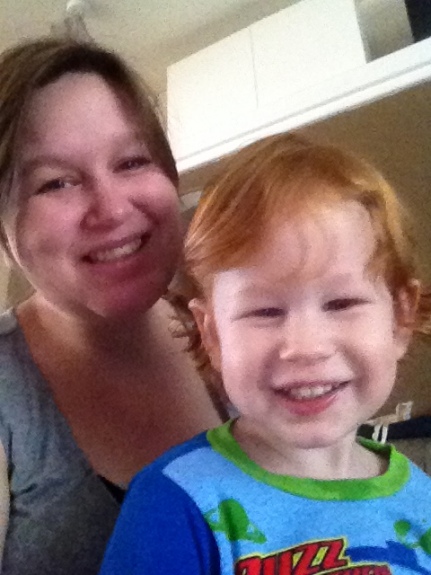 He is a singularly amazing little boy. Since turning one he's grown and changed so so much. He went from toddling around the house to chasing us around and running from us every chance he gets. He's finding his own way of doing things. He's developing his own little personality. He keeps us entertained in ways that I never imagined possible. Not to mention an obsession with Thomas & Friends, which he calls "tardis". 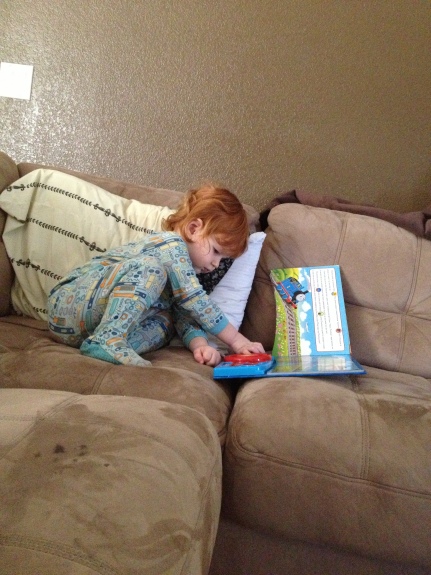 He had a great 2 year well check today. He is 3'1'' tall weighing in at 32 pounds. He's only been sick three times in the last year. He's battled a mild case of Hand, Foot, Mouth disease, Roseola and a wicked cold. He can count to 10, knows most of his alphabet, and he is doing well with his colors. AND he'll tell you when he pooped!! He is starting to recognize his potty needs. So we got him a little one to practice on. He did poop in there once; this momma considers that a win!! 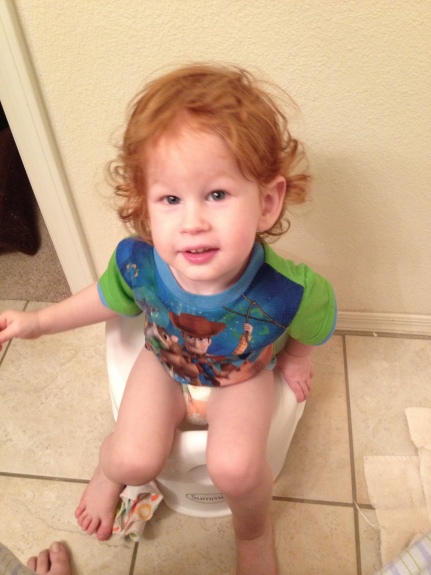 He loves to snuggle. He doesn't really understand my pregnancy, but he does know something is different. He's pretty gentle with me, very loving and will even snuggle with my belly. 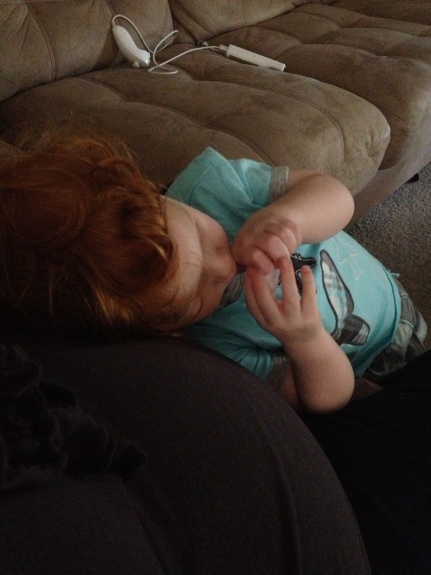 He has mastered drinking from a real cup. 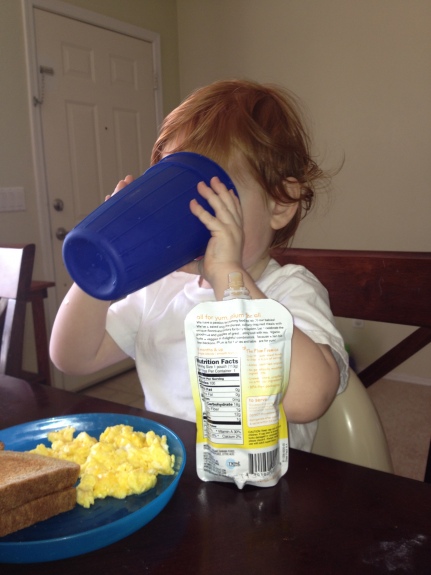 We are trying to teach him important skills at an early age. 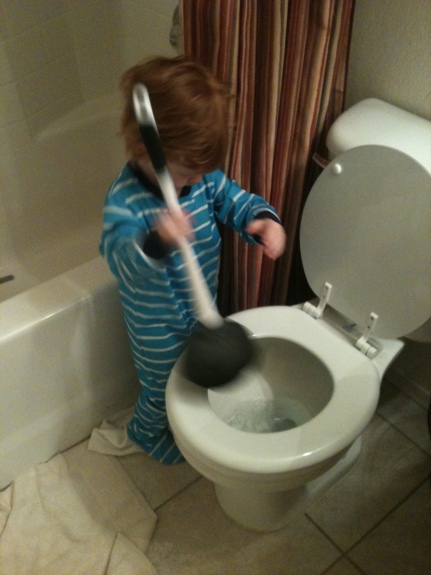 Once in a while we will have a rough night. Maybe teething or a dry cough, but he always gets overnight snuggles from daddy. Usually he's good the next morning, but ocassionally we have some grumpy mornings. 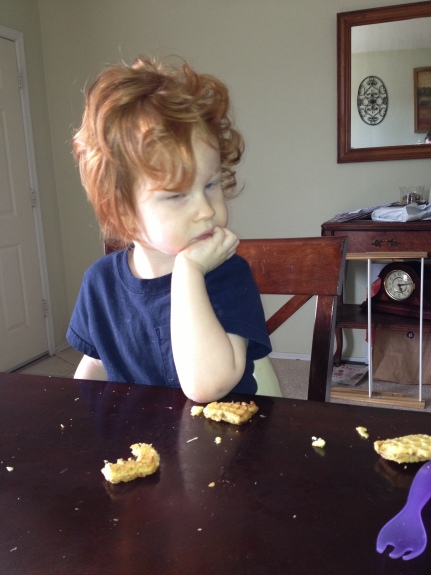 "Scuse me" has become part of his vocabulary. He'll say "bless you" and ask "you okay" when you cough. He's a very compassionate little guy. Talks a lot and uses 2 and 3 words together. There's just too much to say about our amazing little Noah.

So cute. and what hair!!