A few weeks ago Andrew and I "celebrated" the 5 year anniversary of buying our old church house in a most fitting manner - getting our septic tank inspected. 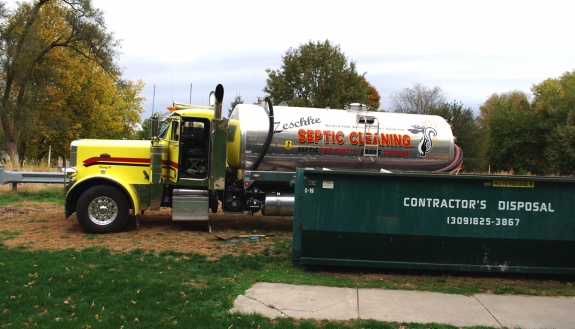 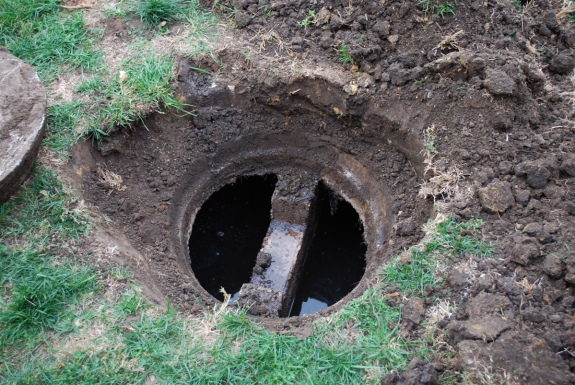 It turned out that we won't need it pumped for at least 4 more years, which surprised the heck out of me since one of us (I won't say who, but it rhymes with "Mandrew") spends a lot of time in the bathroom. I mean A LOT. As in, I don't know how our home isn't an island in a sea of human waste. I need to give the anaerobic bacteria in the tank a holiday bonus for working overtime.

Speaking of toxic materials, we also did some DIY asbestos removal. When we were doing demo work, we uncovered some ductwork that was wrapped in asbestos paper. 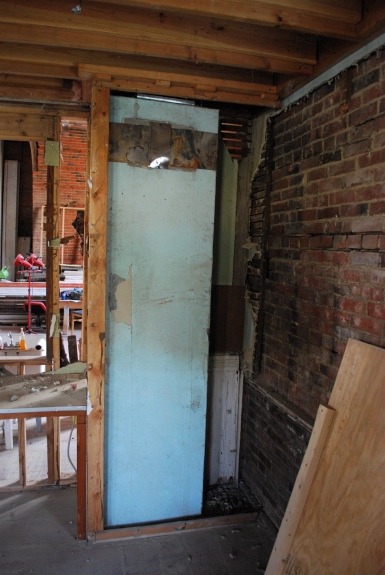 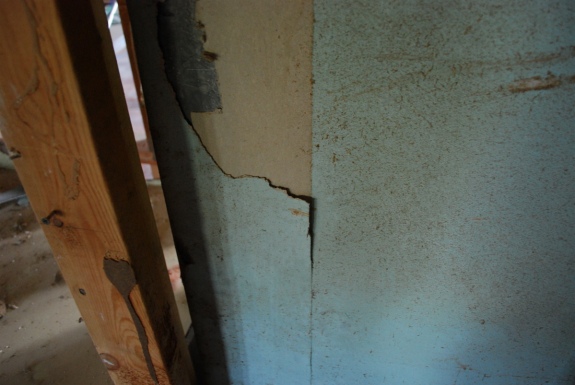 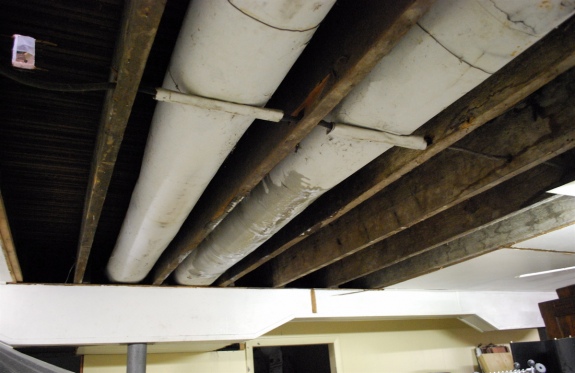 We got a bid for abatement, which of course wasn't cheap. Being broke and stupid, we decided to remove it ourselves. 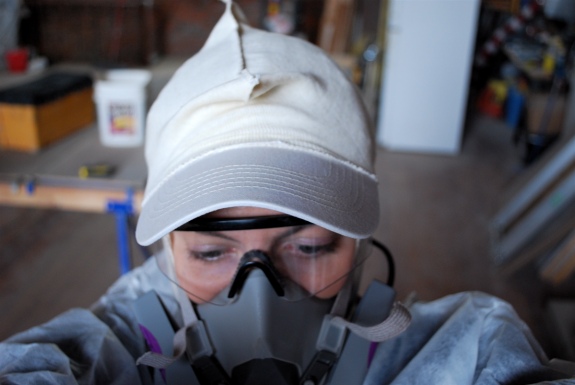 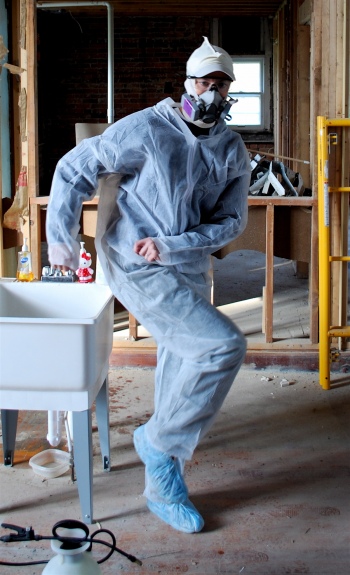 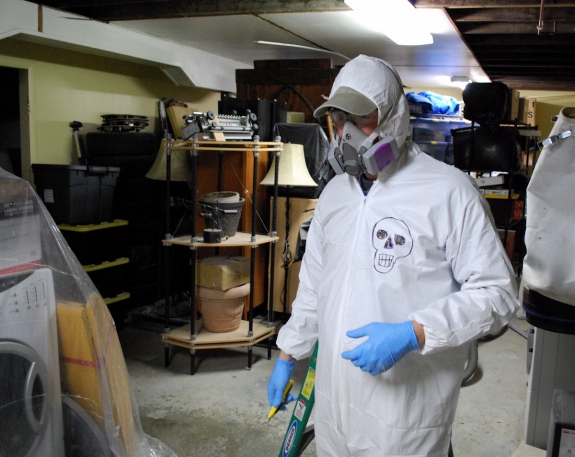 It went pretty smoothly, and we did asbestos we could do (sorry). We soaked each area with a water-detergent mix to reduce airborne particles and wrapped the ductwork in 6 mil. plastic sheets. 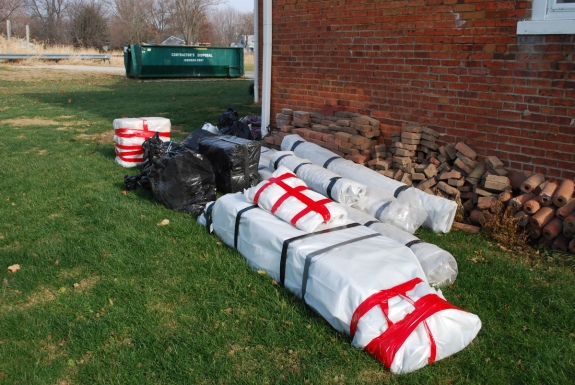 Bonus: having creepy taped bags sitting in the yard acts as a deterrent to roving gangs of Towanda youth.

With all the asbestos out, we had finally reached the point where the church was as gutted as it could be, and it was time to start building it back up.

Heating and cooling the sanctuary has been an ongoing problem. The room is 31' to the ceiling, so hot air would rise to the rafters and be incredibly inefficient. We had our hearts set on radiant floor heating, but due to all the exposed brick it would only cover about 40% of our heat loss. So we looked into more industrial solutions and came across gas-fired radiant tube heaters.

We contracted with a local HVAC company who has installed these in warehouses and garages. They've never used them in residential settings and they made us sign a waiver promising that we won't come crying to them if they're a miserable failure. They're being installed in a couple weeks, and if they don't work out then I guess the sanctuary will become an awesome three-season room!

We've finalized the floor plans with the architect, but not before Andrew came up with a fantastical new loft space above the second floor bedrooms that he lovingly calls "The Bird's Nest." (What is that, I don't even...) 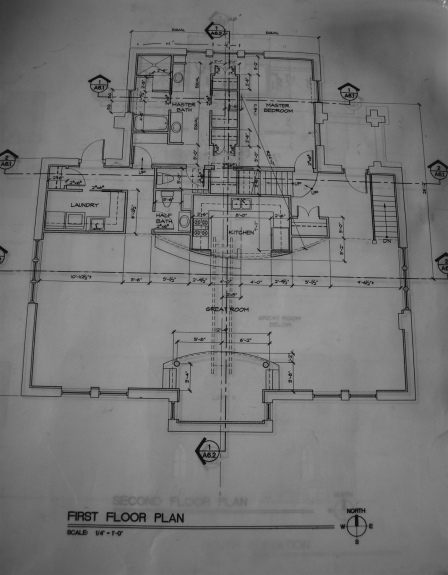 And last but not least, the framers started this past week. It's a two-man crew who helped us a few years ago on part of the ceiling. They do great work and are nice guys to boot, so we're really excited to have them back. The first day they ran a support beam in the basement to shore up bedroom floor, which was all sorts of wavy and uneven. 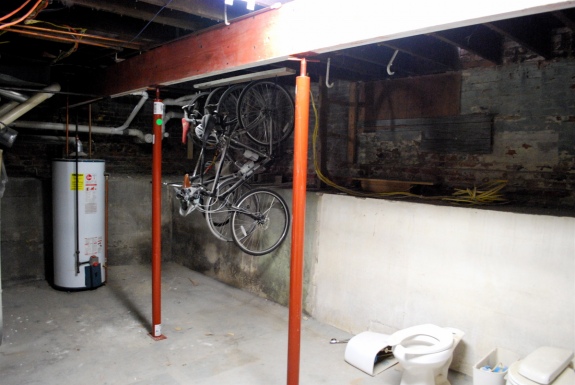 They've started framing out the master bathroom, and every night I feel like a kid on Christmas morning when we go over to the church to see what they've done. 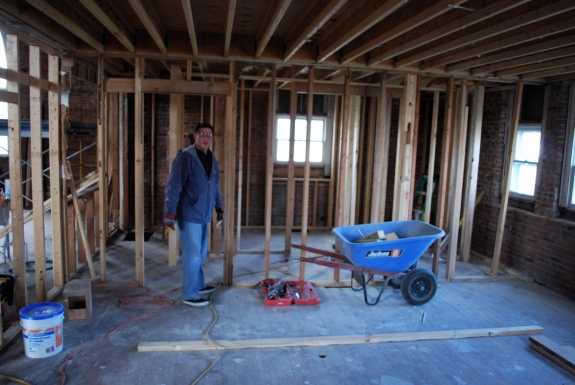 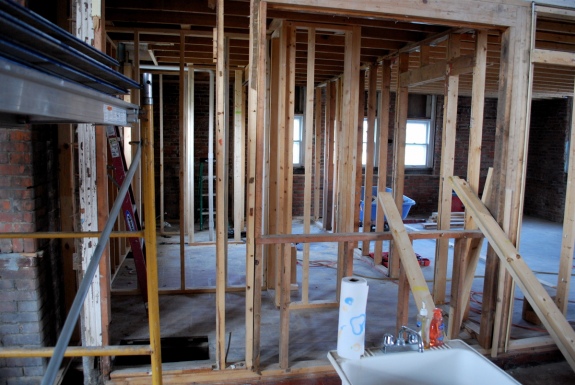 I know, it's just a giant toothpick maze now. But I'm starting to get a sense of what the finished space will look like. After 5 years of wondering if we'd ever get to this stage, it's a real thrill to see our home take shape.

Oh, Sally, these are great! The framing is so exciting! And I'm glad you did asbestos you could with all the rest! LOL Good one!!! I've been thinking about you so much. Thanks so much for this glimpse into your new home. Has anyone given you a timeline about how long this will all take? (Whatever they say, add another six months!) Congratulations to you and Andrew on all you have accomplished!

I'm hoping for some sort of celebratory shindig when all is said & done...

I second Angi's shindig idea!! I know you guys have worked hard on the "demolition phase" and am happy for you that a "construction phase" has now begun. With all your planning and decision making you have had to do it must be very rewarding for you to see things starting to come together. Thanks for the update and keep us posted frequently on the progress.

Please invite Deaton (party of 4) to the grand opening party!

I think a grand opening party (let's call it a GOP convention) is a great idea. Though did you see the part where I mentioned that we removed asbestos ourselves...? We'll have to make you sign an agreement that you won't sue us if you get mesotheliomahmadinejad.

You guys are something else-nothing seems to slow you down and no task to daunting. I know you are excited to be going forward now and as everyone has said, I can't way to see the end results!

I have heard that mesotheliomahmadinejad gives batters an edge on picking up and hitting a curve ball - - invite the Cubs!!

Again, Can I say how much I love your blogs - I mean love them. And I thought you were kidding about asbestos removal in one of your latest posts, ha! Way to go with all the progress, I can't wait to see the next post!