I have been horrible about keeping up with this blog! My last blog was in May, so I suppose I should briefly catch everyone up.

In June, I visited my sister in Brooklyn. We had a great time even though it was unseasonably hot!! We did a TON of shopping, as usual. I met up with a friend from high school, which was really fun. We visited The High Line, which was very cool. We went to the most amazing craft fair ever called The Renegade Craft Fair. We also ate lots of great food. We saw Yeasayer at Governers Island, which was a free show. Sara always shows me an awesome time when I visit. I wish I got to see her more often! 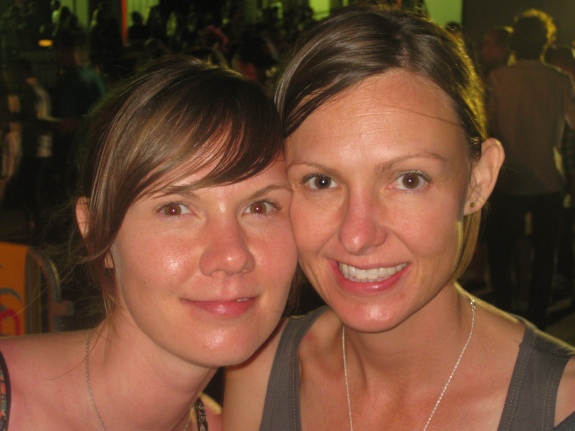 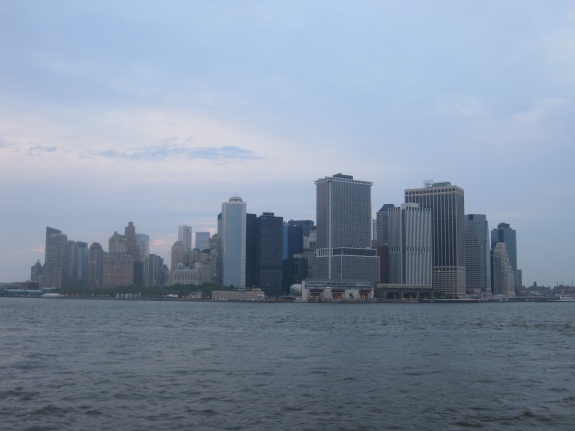 (View of Manhattan from Governers Island) 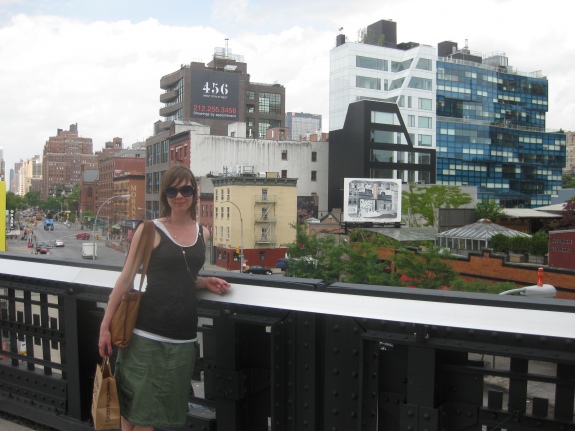 Stephen and I spent a week with my family (mom, sister and grandmother) in the Outer Banks in August. We had a really nice time. We brought the dogs and they were adorable playing in the sand. This was my first trip to the Outer Banks. It was very pretty, but here were tons of jellyfish in the water and washed on the shore, so we didn't get in the ocean much. 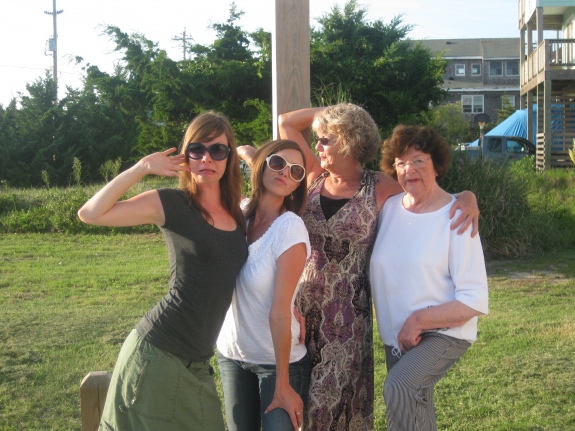 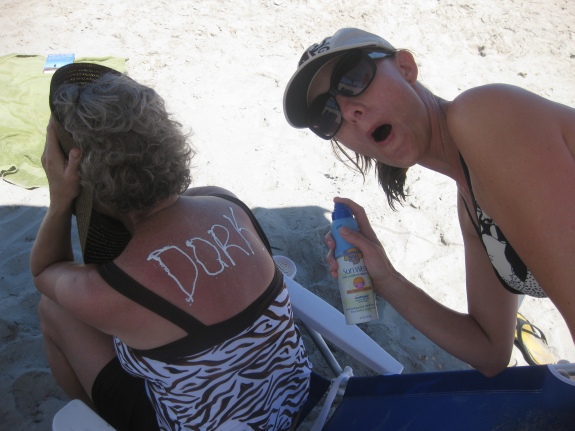 In the summer and fall, we went to a few shows. We saw Phoenix at the Koka Booth, The New Pornographers at UNC, Edward Sharpe and the Magnetic Zeros at the Cat's Cradle, Andrew Bird at the Cat's Cradle, MGMT at Raleigh Memorial, and Vampire Weekend at the Raleigh Ampitheater. We were also given free box seats to see the Avett Brothers at Time Warner Pavilion. Also, Raleigh had it's first annual music festival in 2010. It was called Hopscotch and it was quite fun. We saw several great local bands, in addition to Panda Bear and Broken Social Scene. 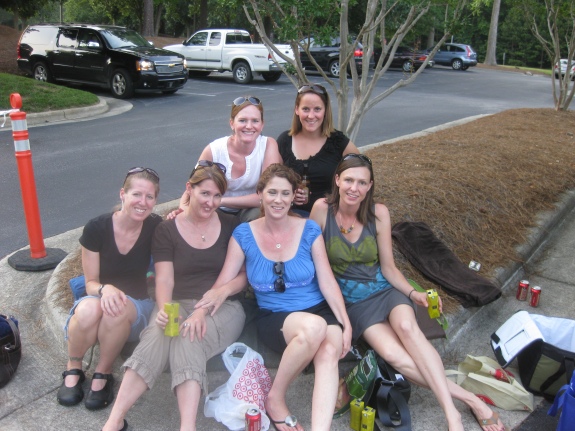 (Friends before the Phoenix concert)

Raising two giants dogs has been quite time consuming, but they are turning out to be wonderful dogs! They turn one on February 9ths. Ollie weighs 100 pounds and Inga weighs 76. We've done obedience training and they know several commands. The only problem we still have with then is Ollie gets into things when we're away. He has eaten two beds. He has also chewed a piece of a door frame and the baseboard, in addition to chewing through the drywall. He is a very anxious boy, so I think that has a lot to do with it. Also, labs are known to be avid chewers. Inga is a sock and underwear thief, but other than that she stays out of trouble. Currently, they still stay in their crates while we are away. We have a dog walker that comes on days where Stephen and I have to be gone all day. They also go to daycare once or twice a week. In summary, these dogs are completely spoiled, but we think they are worth it! 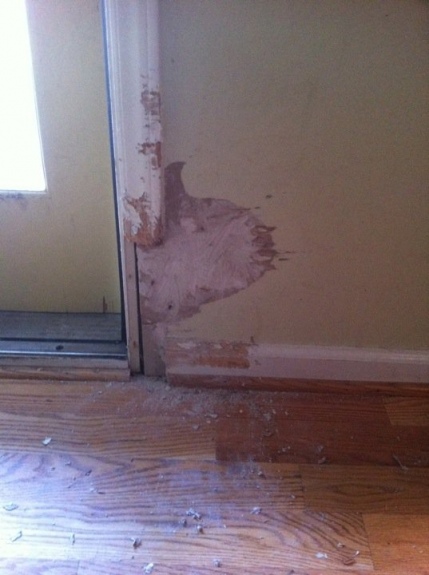 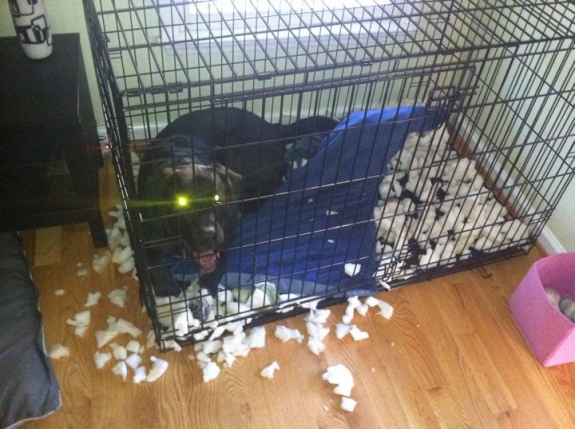 (Ollie, the evil robot, after eating his bed)

The biggest happening of 2010 is that Stephen proposed! He took me to dinner at the place where we had our first date and asked me to marry him. I said "yes" and so we are planning to get hitched in 2012!

A few days after getting engaged, I went to Costa Rica for a week with two of my good friends and my sister. We had an amazing time! We stayed in Fortuna for 3 days and Nosara for 4 days. We went canyoning, soaked in hot mineral springs, watched monkeys frolic, relaxed at the beach, and ate wonderful food. We laughed so much and had such a wonderful time. It was the perfect vacation. 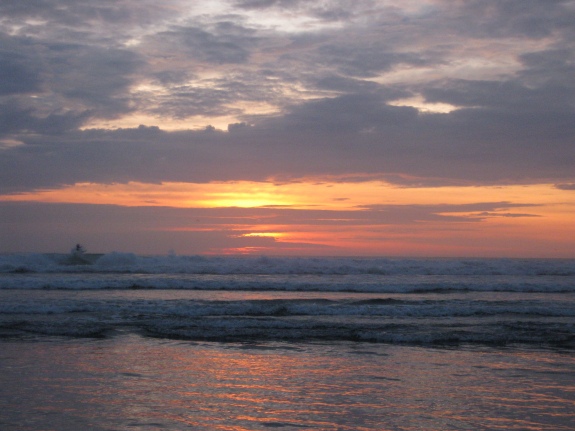 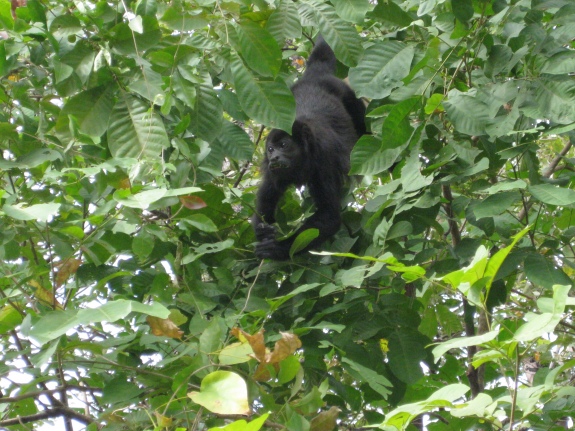 That about sums up the remainder of 2010! I hope to be better with more frequent updates in 2011!

Sounds like a busy one. I did mention the chewing. :) Yes, Labs are renowned for it as puppies but usually get much better as adults. They sound like very big Labs! Congratulations on your engagement.

Congrats on the engagement! Sounds like you had a great 2010.