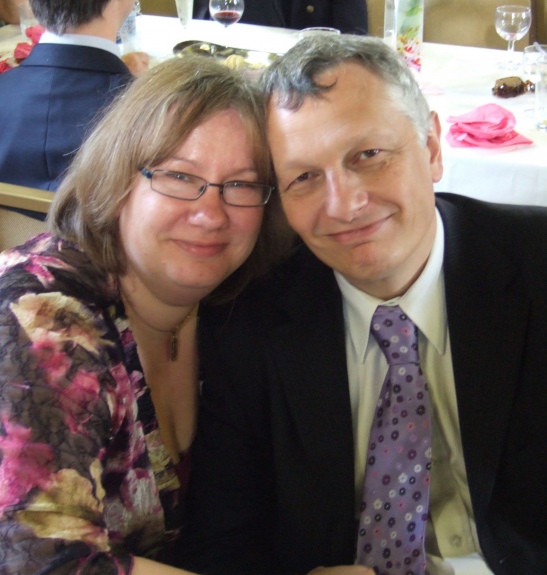 Begin a blog; organise and conduct striking competition teams; attend an Egyptology day school at Bradford Uni; attend a monthly book group; attend a dinner on the world's first steamship; have a child who is legally an adult!

2. Did you keep your New Year's resolutions, and will you make more for next this year?

I've never been one for resolutions just at New Year, I was generally striving to be less influenced by my perception of other people's opinions!

3. Did anyone close to you give birth?

Only one friend this year - it's been quiet!

4. Did anyone close to you die?

I'm thankful to say not.

5. What other countries did you visit?

7. What dates from 2009 will remain etched upon your memory, and why?

21st October when Michael turned 18 and 22nd August when the Leeds Lasses surpassed themselves at the White Rose competition.

8. What was your biggest achievement of the year?

Motiviating and leading a team of women who lack confidence into performing well beyond everyone's expectations.

9. What was your biggest failure?

I don't want to label it a failure, but I'd like to be less affected by depression in my daily life.

10. Did you suffer illness or injury?

11. What was the best thing you bought?

The success of the Leeds Lasses; Michael's 18th birthday celebrations; Emily's 14th birthday on holiday with the Leeds ringers.

14. What song will always remind you of 2009?
"The Greatest Day" by Take That making me think of the group that conquered Kilimanjaro for Comic Relief; "Poker Face" by Lady Gaga reminding me of Emily and Graham going nuts over it; "Forever" by Chris Brown because of JK's wedding Dance on YouTube; any Seasick Steve song reminding me of his fantastic gig in Leeds.

15. Compared to this time last year, are you:

a) happier or sadder?

More hopeful for the future

b) thinner or fatter?

Not much in it but better prospects ahead.

19. What was your favorite TV program?

21. What was your favorite film of this year?

"Penelope", possibly the sweetest fairy-tale ever.

22. What did you do on your birthday, and how old were you?

Spent the weekend of my 44th birthday at home in Lichfield and rang a peal at Birmingham Cathedral with the Leeds crew.

My beloved family and friends, especially Mike and Em.

24. Which celebrity/public figure did you fancy the most?

My beloved Grandma. Five years gone and she has still left a big hole in my life.

26. Who was the best new person you met?

I can't think of one to single out but the book group are great fun!

Sounds like a great year and a good one on the horizon. :)