Preparation:
* Male tower captain realises that he has sufficient ringers available for a 12 bell striking competition to enter not just two teams, but a gents band and a ladies band
* Said captain points this out to his ringers and 12 ladies jump at the chance to enjoy themselves in a testosterone-free environment
* Ladies captain is press-ganged into service by her team and campaigns for team T-shirts
* Male tower captain designs "amusing" logo for said T-shirts 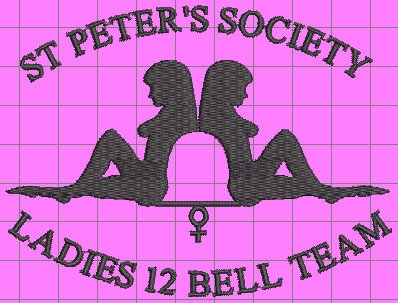 * Team placings are discussed, tried out, revisited and then settled
* One team member discovers she is double-booked and another agrees to step into her place at short notice
* A dedicated practice is held at Ossett three days beforehand, originally to be a ladies-only event, but an "Honorary Lady" had to step in until one team member's memory malfunction had been remedied [thanks Matt!]
* Ossett practice ends intentionally early so that essential team-building can take place in the pub where much laughter takes place over complimentary roast potatoes!
* Slight hitch when practicing at Leeds next evening as twerp of a ladies captain puts the last bob in a whole pull early but is relieved when her trusty band rightly ignore her!

Method:
* Leeds Lasses team all arrive in good time wearing team T-shirts causing much amusement and envy from other teams
* They are drawn 5th of 6 teams so repair to the Deer Park where they tackle childcare, support of Leeds Lads team, etc 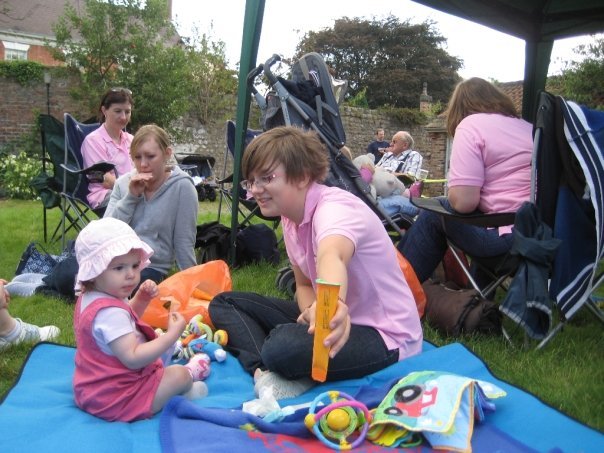 * Send Leeds Lads off to ring with much vocal encouragement, listen carefully to their ringing, make supportive comments and provide beer on their return 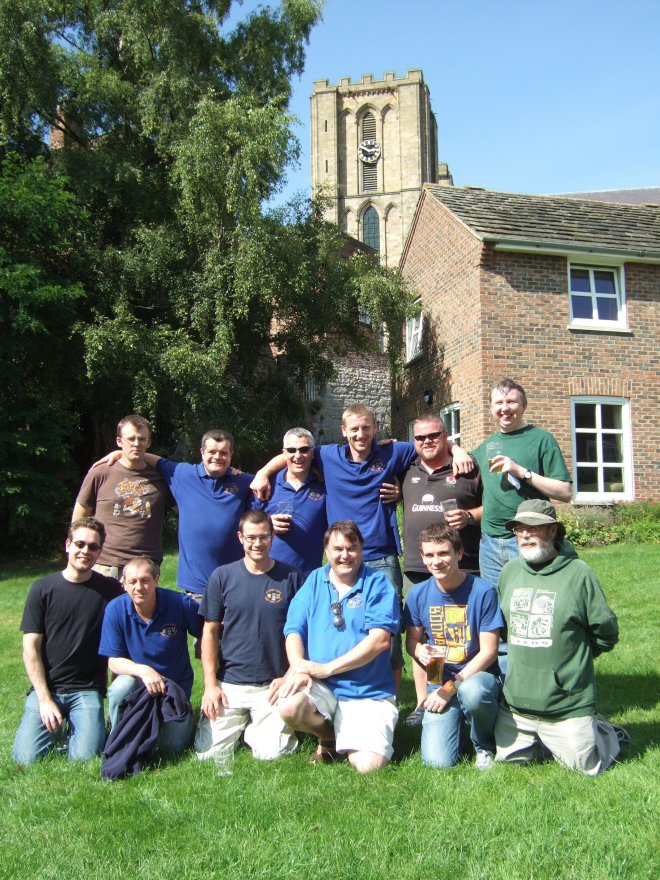 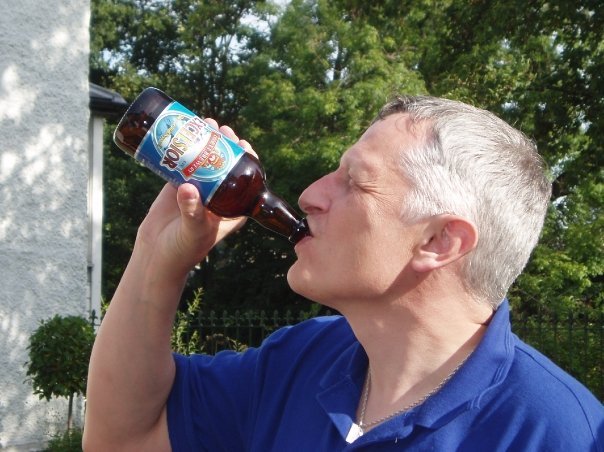 * Feed children, parents, other halves and selves whilst quelling nerves
* Receive very cheering good luck texts from other supporters who can't be there
* Meet at belfry entrance, trying to smile bravely but wishing it was all over
* Ascend into belfry and finally relax with laughter and jokes now we're on our own
* Agree to use half hour slot to ring rounds, practice touch once and then get it over with
* Ring Plain / Little / Plain Bob Cinques in good style with some excellent rythmn and nice flowing speed
* Hysteria and relief descend once it's all over! 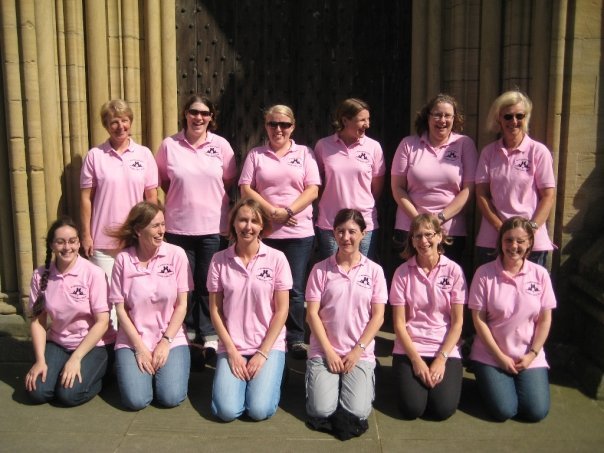 Moral courtesy of Eleanor Roosevelt:
"A woman is like a tea bag. You can't tell how strong she is until she's in hot water".