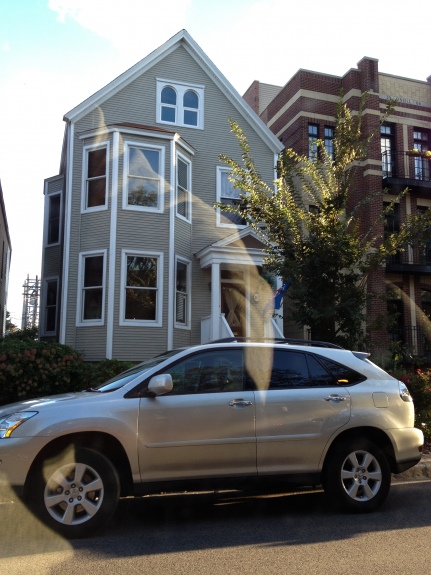 I'm somewhat surprised that I didn't start this game with one of the two local teams. Honestly, I probably pass them so many times on a routine basis that I don't see them. They simply don't register. Yesterday, I met a high school friend at Wrigley Field to catch the final Cubs/Cardinals game of the season. On my way home, I was stopped at a light on Addison Street. Just to my left I noticed a house with a flag in front.

So, my third find is clearly: Chicago Cubs.

Not surprising, the Cubs lost the game, 6-3. They managed to hang around most of the game, but they never really threatened to take the lead late. The Cubs have their final off day scheduled today, then on Tuesday they'll resume their quest to lose 100 games during the regular season.

Currently, the Cubs are 59-94 (.386) with nine regular season games remaining on their schedule. Establishing a new single season record for losses cannot happen. The worst they can do is matching the all-time low (103 losses) set by the 1962 and 1966 teams. If they do reach the century mark of futility, it will only be the third time in franchise history.