Related Content
Opening Day Memories: 1990
Where's the Snow?
It's Been a Long Time

We were spoiled over the weekend. Temperatures reached the upper-60s on both Saturday and Sunday. There was rain, but that didn't stop anyone from spending ample time outside. We broke down what remained in our garden and called it year. We knew things were slated to change on Monday. 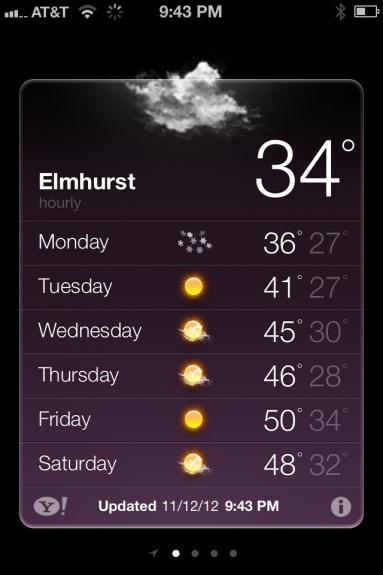 Ouch! We are feeling it too, at least from our perspective. I don't think we got above 65 today, and possibly not even above 60. I'm already longing for the 70 we're supposed to hit later this week.

Stepping out of the house to go to the gym this morning was cold.

Definitely sounds like the MW. If you don't like 50 degree changes...not the place to live. Stay warm!

At 10:31 EST today, my weather App shows that you at 28 degrees and it is Partly Cloudy.

That was about right.