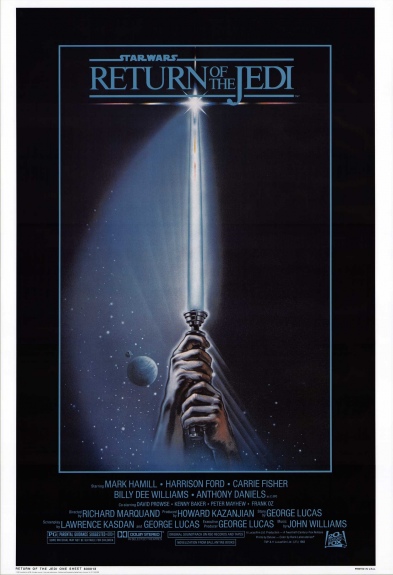 On this date way back in 1983, George Lucas released the final installment of the Star Wars trilogy - Star Wars Episode VI: Return of the Jedi. Since I was nine, turning 10 at the time, I didn't see the film on opening day. The first time I saw Jedi was at a friend's 10th birthday party that summer. His parents loaded a dozen or so of us into their cars and treated us to lunch and the conclusion of Luke Skywalker's journey. That was the day we learned that Darth Vader was in fact Anakin Skywalker, Luke's father.

Good memory. I'm afraid I haven't kept up with most of them after the original three. Those were and always will be the best ones for me.

I can't agree more. The prequels fell well short of my expectations.