Related Content
Streaking: 21 Games
The Edge of Elimination
The Pattern Continues in Game 4

My Most Significant Sporting Event 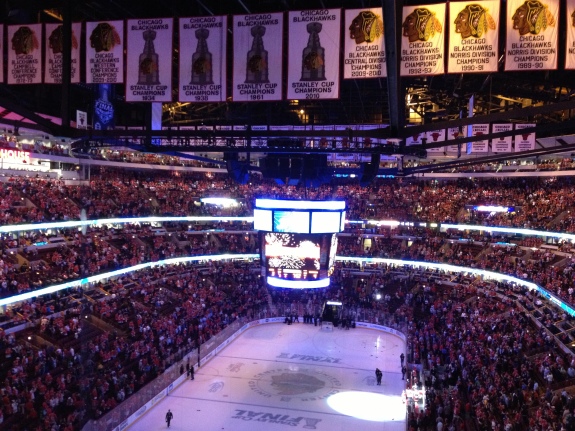 My regular readers know that baseball is my game, and since 2008, my blog has been primarily dedicated to our nation's pastime. In 2013, both of the local teams are buried in their respective divisions. Currently, the Chicago White Sox are in last place in the American League Central, trailing the Detroit Tigers by 9.5 games. My Chicago Cubs and Susan's Milwaukee Brewers are tied for last in the National League Central, both 16 games behind the front-running St. Louis Cardinals. The White Sox are rapidly showing their age, the Cubs are still in the early stages of rebuilding and the Brewers have simply fallen off the rails. While the season hasn't reached the All-Star Game, its traditional halfway point, even the most devout, most silver-lining-seeking baseball fans will struggle to uncover reasons for optimism between now and October.

The Chicago Blackhawks have filled that void. Despite a lockout that came within days of canceling the entire season, they commenced play with a remarkable points streak and earned the President's Trophy to secure the home ice advantage throughout their quest for the franchise's fifth Stanley Cup championship. After such an amazing, though abbreviated regular campaign, they have reached the Stanley Cup Finals against the Boston Bruins. Three of the first four games were ultimately decided in overtime. Entering action tonight, the best-of-seven series is tied 2-2. In essence, it boiled down to a best-of-three.

Several years ago, one of my college friends posed a question on Facebook. He wanted to know about playoff games that we attended. When did we go? Who was playing? What was the outcome. At the time I didn't need to think long and hard. I'd never been to a postseason game. Back in 1998, I attended the National League Wild Card tiebreaker game between the San Francisco Giants and Chicago Cubs at Wrigley Field. While the air that evening was electric and had a playoff atmosphere, technically the game counted as Game 163 of the regular season. Neither team officially qualified for the playoffs yet. All statistics compiled during that game would be applied to regular season numbers. Fortunately, the Cubs won and I was ecstatic in my upper deck seat.

In 2007, the Cubs though dead and buried in May, eventually won the NL Central title and advanced to the National League Division Series (NLDS) against the Arizona Diamondbacks. One of Susan's coworkers knew my passion for north side baseball and made sure two postseason tickets, tickets for Game 4 of the NLDS at Wrigley Field, found their way into my hands. Unfortunately, the Diamondbacks swept the Cubs out of the playoffs in three games. What a cruel fate. Still no playoff games for me.

Back in 2011, that changed. While the Cubs did nothing, the Milwaukee Brewers won the NL Central. Finally, I had tickets to see postseason baseball. We watched the Brewers defeat the Diamondbacks during Game 2 of the NLDS at sun-drenched Miller Park. But that wasn't all. The Brewers advanced to the National League Championship Series (NLCS) against the St. Louis Cardinals. We landed tickets to Game 2 of the NLCS, but it wasn't pretty. The Cardinals smashed the Brewers.

Two weeks ago, Susan asked me to keep June 12, a Wednesday night, open on my calendar. I didn't have anything planned, but I reminded her that the Stanley Cup Finals started that evening. She assured me we would be able to watch the Blackhawks. Much to my surprise, she snagged two tickets to Game 1 of the 2013 Stanley Cup Finals. Sure, we were up high -- beneath the United Center's U.S. flag -- but we were there. That was the most significant sporting event I ever attended. Even better, the team we rooted for won. Deep into the third period, trailing 3-1, we never imagined that were about to witness history. The Blackhawks would score twice to tie the game in regulation and force overtime. Not one overtime period of 20 minutes, but three. After 112 minutes and eight seconds, the Blackhawks won 4-3 making it the fifth-longest Stanley Cup Final game in history.

Here are the remaining games in the Stanley Cup Finals: 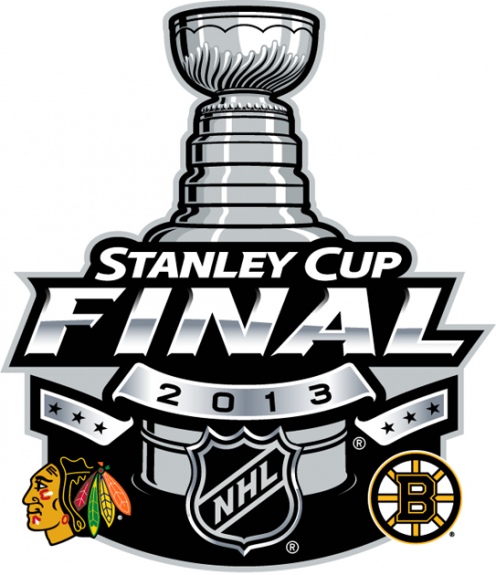 And here's a link to a story on Deadspin about Game 1.

I have been to many college basketball and football games, but the most significant single event that I have attended was in March 1974, the finals of the NCAA Eastern Regionals held in Reynolds Coliseum in Raleigh. It was during the final game between Pittsburgh and NC State that David Thompson took a tremendous spill from probably nine feet above the court floor and landed on his head. 12,400 people went from a roar to a complete silence in a nanosecond. David was carried to a nearby hospital and checked out and later returned to the side lines and his condition and status for next week was still unknown. As history would have it he returned next week against UCLA in Greensboro where they won the NCAA Title the next weekend. Years later I attended a NCHAA Championship game at Reynolds Coliseum and David was there watching his nephew play and I was able to get his autograph and relate to him that I had been present on that day the world stood still.