A baseball cliche states that each season is a marathon, not a sprint. That's easy to say when it's May or June. Following the All-Star Game that message changes. The Milwaukee Brewers are no longer running a marathon. They are in are in a fight for their postseason lives, a full-blown sprint to October. Back in August, the Brewers appeared to have a playoff berth all but secured. Since the beginning of April, they stood atop the National League Central Division. Following a nine-game losing streak, the St. Louis Cardinals and Pittsburgh Pirates leapfrogged them in the division standings.

Here's a quick look at the division standings: 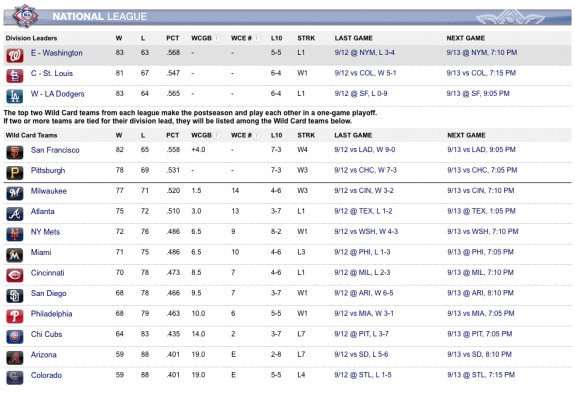