When we purchased our tickets to attend the multitude of All-Star Game festivities, it almost felt like cheating. With just 11 team logos remaining on my list, I sensed that I would triumphantly march through the parking lot and scratch off teams left and right. Like hurling a grenade in the lake and calling that fishing.

While heavily skewed toward the hometown Cincinnati Reds, we spotted fans of every MLB franchise donning logoed attire. Just name a franchise and they were present. But I'll admit that I was surprised.

I have handcuffed myself by placing several strict rules to follow in order to fulfill this quest. Team clothing does not count. Too easy. Nothing that I own counts. Not fair. And nothing inside the ballpark like logos on banners and pennants. No images on scoreboards. Despite all of the teams being represented from Sunday through Wednesday, I only found one new logo: the Cincinnati Reds.

I should probably amend my initial statement. In retrospect, I'm not surprised. We didn't drive ourselves. We rode a bus from Chicago to Cincinnati. That means we didn't spend any time walking through rows upon rows of vehicles with team logos plastered on windows and bumpers. No tailgaters grilling out on Weber grills sporting team colors. No bags setups with shoddily drawn logos either.

During our stay we noticed several license plate holders and logos on car windows, but the first Reds logo that matched my criteria was spotted while we were at lunch just outside of Great American Ballpark. 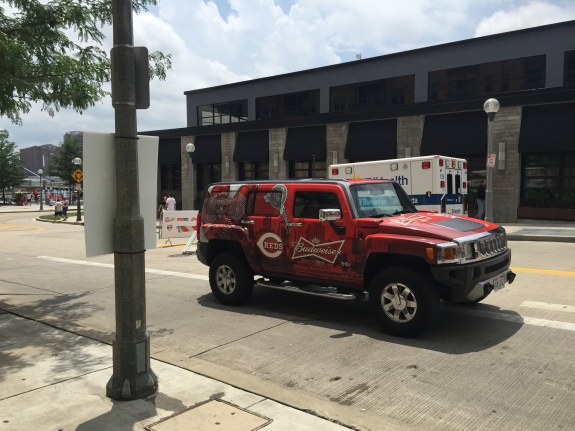 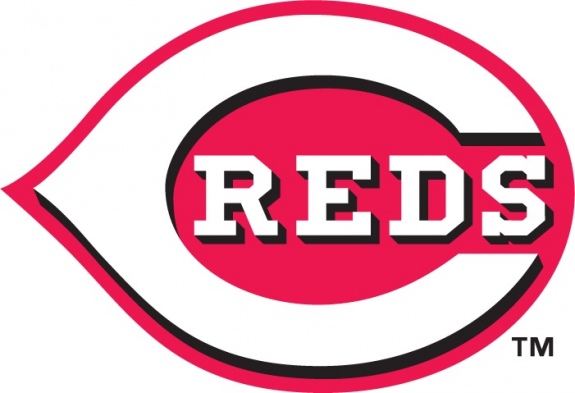 I should point out that I did find other logos too, but they were for teams that I already claimed. Some of those included the Pittsburgh Pirates, Cleveland Indians and Chicago Cubs.