The Beatles at Comiskey Park 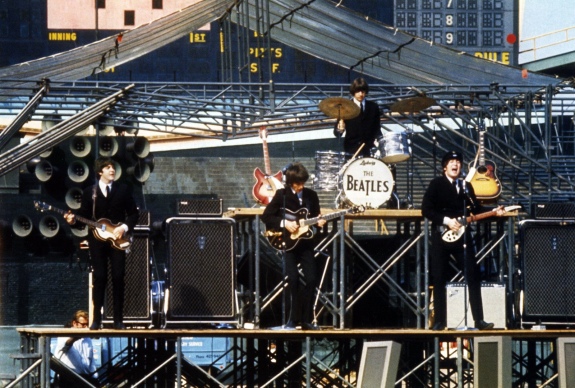 Kids don't want to admit that their parents did cool things when they were young. They didn't own iPhones or flood their Instagram accounts with inane selfies. They barely owned televisions, and if they did, they certainly weren't of the color variety.

But I'll admit, my mom did something really cool as a kid. She saw The Beatles play live at Comiskey Park. They stood atop a rickety platform at second base and played as loud as their sound system allowed. Yet, barely a note was heard. Or so the legend goes.

When the Fab Four played that day 50 years ago this afternoon, they weren't legends yet. That wasn't John Lennon the fallen hero and creative spirit of the band. That wasn't Paul McCartney the guy walking barefoot across Abbey Road, or composer of silly love songs or the old guy at Lollapalooza. George Harrison wasn't the spiritual, quiet one. And Ringo Starr didn't have an All-Starr Band. They were simply John, Paul, George and Ringo.

I've watched countless documentaries about the band. I've read biographies about the group and each individual member. I know how important The Beatles were to music and 1960s pop culture, so it's easy to understand what Beatlemania was in hindsight. But it's difficult to picture what it was like watching it unfold from a seat in the so-called "Baseball Palace of the World". Keep in mind, they had hit records by this point, but their masterpieces were still to come. This performance was five days after the iconic Shea Stadium show. Maxwell didn't have a silver hammer. There was no yellow underwater vehicle. And nobody was waxing nostalgic about girls in the Soviet Union.

Let's travel back through the mists of time. It's August 20, 1965. My mom was a typical 20-year-old from Northlake, Illinois about to start her junior year at Illinois State Normal University (they had yet to drop Normal) and she had an 11-year-old little sister who happened to be home. Her college roommate who purchased the two tickets decided she couldn't attend so the two tickets were placed in the mail and shipped to an address on Fullerton Avenue. My mom told my aunt, her youngest sister, that she was going to take her. The only problem was that the show was scheduled for 3 p.m., but the tickets were nowhere to be found.

Somehow a miracle mailman located the tickets in the post office. Despite convincing their father that they knew the way to Comiskey Park via bus, the duo managed to get lost. And then somehow they found their way to 35th and Shields and the rest is family history.

I have never located a definitive playlist for that show, but rumor has it that they played:

Twist and Shout
Baby's in Black
She's a Woman
I Feel Fine
Dizzy Miss Lizzy
Ticket to Ride
Everybody's Tryin' to Be My Baby
Can't Buy Me Love
I Wanna Be Your Man
A Hard Day's Night
Help!
I'm Down 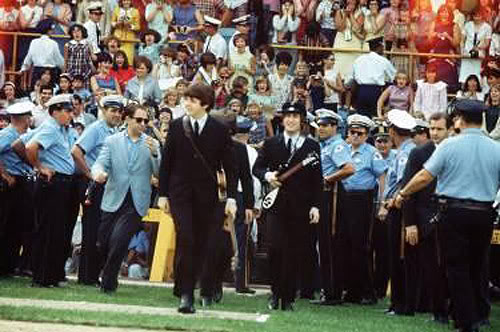 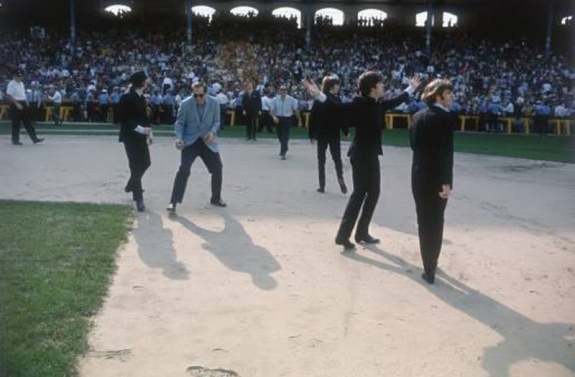 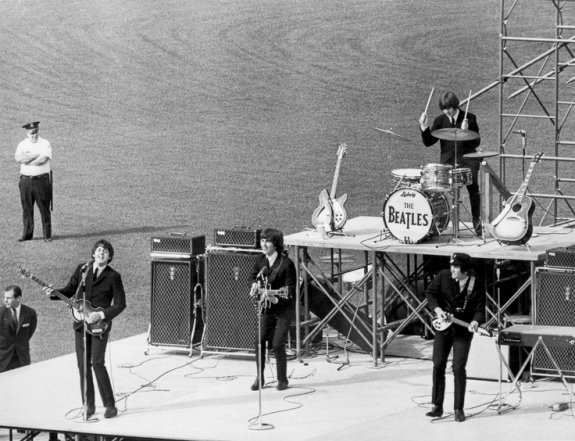 And no, that's not her actual ticket.