Both teams are eliminated from postseason play, yet they are playing a role shaping the playoffs. The Cincinnati Reds (63-84, .429) are on a two-game winning streak and have won six of their last 10 games. During that stretch they won three out of four against the NL Central-leading St. Louis Cardinals. They also managed a three-game sweep of the San Francisco Giants, all but eliminating the defending World Series champions from the playoffs. On the other hand, the Milwaukee Brewers (62-86, .419) have lost eight straight and have won only once during their last 10. In their defense, the Brewers have played the Cardinals and first NL wild card Pittsburgh Pirates during that stretch.

Looking ahead, the Reds play six games against the two National League wild card teams the Pirates and Chicago Cubs. The Brewers will play the Cardinals four times and the Cubs six times.

While a pitching duel may not be in the works, today's All-Fan Giveaway is a Scooter Gennett Gnome. That's worth something, right? 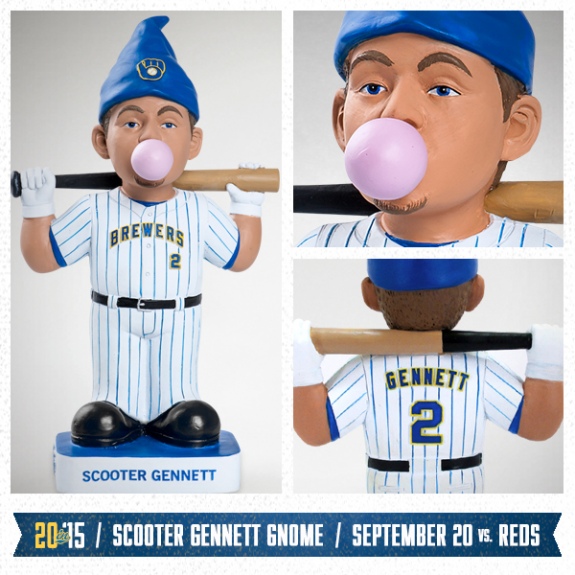