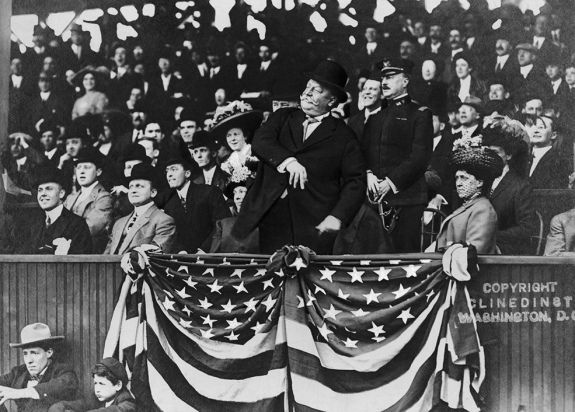 That's President William Howard Taft tossing out the first pitch on Opening Day between the Philadelphia Athletics and Washington Senators at Griffith Stadium on April 14, 1910.

Today is Presidents Day and that means post offices will be closed and a slew of mattress and furniture sales loom around every corner. While everyone refers to the third Monday of February as Presidents Day, the holiday's legal name remains Washington's Birthday. School children around the nation will surely be singing the name every president to the tune of a song from yesteryear. 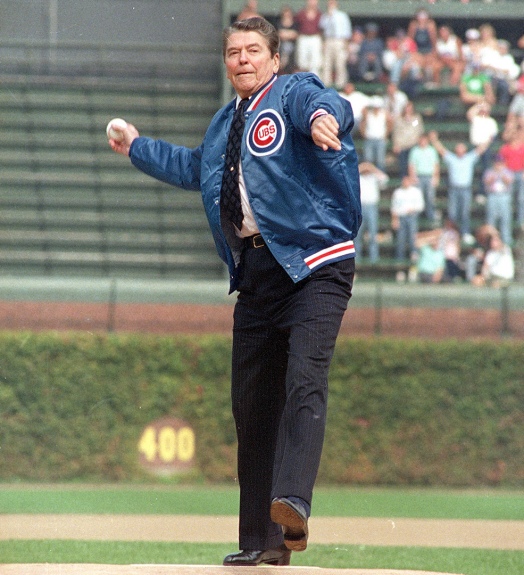 Did you know that President Ronald Reagan, following his graduation from Eureka College, was a play-by-play announcer for the Chicago Cubs? Based out of Des Moines, Iowa, Reagan's radio broadcasts were created by using telegraph accounts of games in progress. On September 30, 1988, Reagan threw out the ceremonial first pitch (or two) at Wrigley Field prior to a game against the Pittsburgh Pirates. 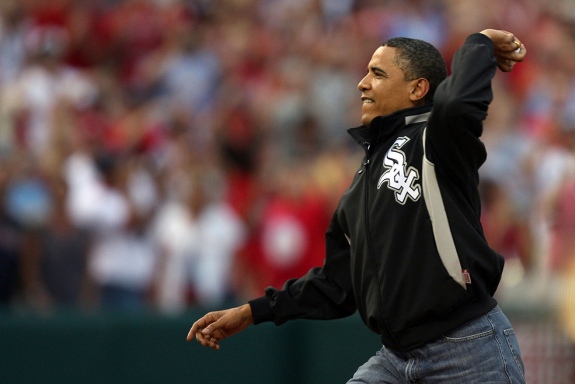 Our current president, Barack Obama, is a well-known Chicago White Sox fan. He tossed out the first pitch of the 2009 All-Star Game at St. Louis' Busch Stadium while wearing a Sox jacket. Obama also celebrated the 100th anniversary of the first Presidential Opening Day first pitch by taking the mound at Washington's Nationals Park in 2010.

Since pitchers and catchers are on the verge of reporting to spring training camps, and the national pastime has a long history of commanders in chief bouncing first pitches into the dirt near home plate, here is a list of Chicago baseball players who shared a surname with our presidents.

Please note, as a Chicago Cubs fan, the north siders were given priority with the Chicago White Sox filling in the gaps. Sorry, just one player per president.