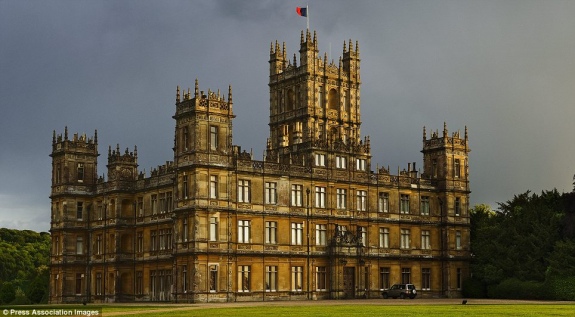 When Downton Abbey debuted six years ago, I never imagined that I would consider the show appointment television on Sunday nights. While I have a fairly diverse range of tastes in film and television, "English stuffiness*" is generally not my cup of tea. Regardless, I fell for this group of people blissfully unaware that their world was evolving and leaving them behind. Perhaps they were aware of the change, but they thought it would be a passing fad and the norm would eventually be restored.

Six years of drama concluded on this side of the pond last night. Six years of British soldiers returning from war paralyzed below the waist and somehow regaining their ability to walk and have children. Six years of a father making poor financial decisions and still having almost everything work in his family's favor. Except for following outdated medical advice and having a daughter die in childbirth. That didn't turn out so well. But last night's finale left me feeling underwhelmed. Technically, the finale was the Christmas special that aired on Christmas Day in the United Kingdom so I didn't expect a body count. Still I did expect someone to pass. Instead, everyone found a happy ending. Well, maybe not for Carson.

So how am I going to give this a baseball twist?

The Crawley's journey concluded as the family closed out 1925 and toasted the start of another new year. All those years ago, the series commenced with news that the heir to Downton Abbey found a watery grave when the Titanic struck an iceberg. Tragedy threw a knee-buckling curveball at the Crawleys just as the major leagues began their 1912 campaigns.

Fourteen years passed during the television series' run, the American and National leagues played 86 World Series games. The Junior Circuit claimed titles nine times with the Boston Red Sox winning four of them. Babe Ruth, a World Series-winning pitcher, was traded to the Yankees and hit 50-plus home runs twice. Fenway Park, Wrigley Field and Yankee Stadium were constructed. The Washington Senators would win their lone title. The Cincinnati Reds would win their franchise's first World Series under dubious circumstances.

Here are the 14 World Series matchups that happened during the days of Downton Abbey:

* Susan coined that phrase
** Despite winning the National League pennant, the Cubs would play their home games at Comiskey Park

Photos: The Daily Mail and Wikiwand