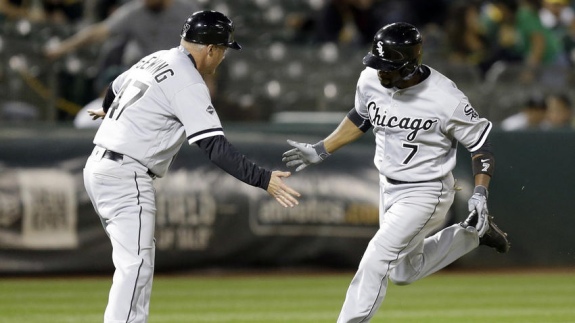 When Jimmy Rollins tagged a Sean Dolittle pitch in the top of the ninth inning last night, he gave the Chicago White Sox a one-run lead. David Robertson retired the top of the Oakland Athletics' lineup to secure the 5-4 win. Now the White Sox sit atop the American League Central with two wins in the first two games of the 2016 campaign. Earlier in the evening, the Chicago Cubs locked up a 6-1 win over the Los Angeles Angels of Anaheim and matched their crosstown rival's 2-0 record. In the brief two-game series, the Cubs pounded the Angels 15-1.

Both Chicago franchises opened their respective seasons on the California coast. But more important, both teams are a perfect 2-0. In terms of sample size, those four games do not guarantee the Windy City will host its first crosstown World Series since 1906, but the feat is historic. Chicago has housed two major league teams since 1901 when the White Sox joined the newly formed American League. The last time both teams started a season at 2-0 was back in 1951.

We're talking Smalley to Terwilliger to the right field stands. 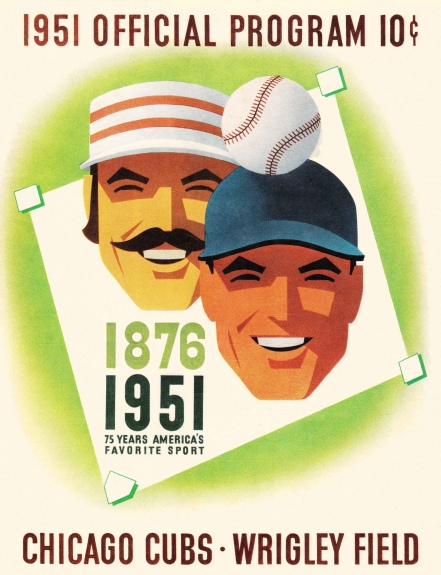 In 1951, the Cubs opened the season by hosting the Cincinnati Reds at Wrigley Field for a two-game set. They won the opener 8-3 then followed up the next day with a 3-0 win. Frank Hiller and Paul Minner pitched complete games. The White Sox opened their season on the shores of the Mississippi River by mauling the St. Louis Browns at Sportsman's Park. They strung together 17-3 and 13-5 wins behind the pitching of Billy Pierce and Marv Rotblatt.

This evening, Carlos Rodon will take the mound for the White Sox as the south siders face the Athletics for the third time in a four-game set. The Cubs have the night off as they travel to Phoenix for a four-game series against the Arizona Diamondbacks.

How did the streaks end in 1951? The Cubs dropped their third game of the season 5-1 to the St. Louis Cardinals on the road. The White Sox would stretch their undefeated season to 3-0 before losing to the Detroit Tigers at Comiskey Park, 7-6. Neither team won their respective league. If they did, baseball would not have the "Shot Heard 'Round the World," and Mickey Mantle would not suffer his first devastating injury.

But what about Roy Smalley and Wayne Terwilliger? During those two games, Smalley was 1-for-6 with a walk. Terwilliger was 2-for-8.