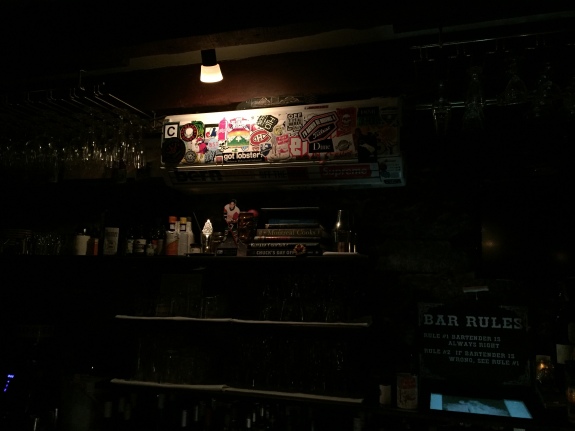 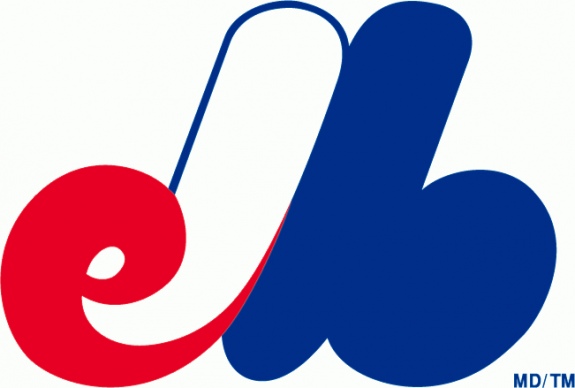 When Air Canada's customer service staff called my name, I slammed my copy of Jonah Keri's "Up, Up, & Away" shut and hurried to the desk. My original flight was cancelled due to inclement weather between Chicago and Montreal. I was the last standby passenger called to board the following flight to Pierre Elliott Trudeau International Airport.

While planning this vacation, we knew it would be brief. In reality, it was more of a long weekend. A long weekend that would, at some point, include a visit to Fairmount Bagel. Just before I left, I scored two tickets to the final exhibition game between the Toronto Blue Jays and Boston Red Sox at Montreal's Olympic Stadium. My thoughts instantly turned toward my never-ending team game quest.

Of the 30 teams in Major League Baseball, I found 21 of them out and about in plain sight. This quest began in August 2012 and seems like it will take decades to complete. Alas, there are nine team logos that continue to elude me. I already logged a Red Sox logo on a vehicle in downtown La Grange, but I have yet to discover the Blue Jays.

I have developed a specific set of rules for this game. Some to pose a challenge. Some to make this seemingly impossible. Clothes do not count. Logos inside ballparks are not eligible either. That's too easy since I see so many games. Surely some Ontarians have loaded up their cars and headed to Quebec for this brief two-game series. Finding a Blue Jays logo would be a piece of cake.

No, not even one. Well, not one that counted anyway. Not even when we shared an elevator ride with a few Blue Jays players on Friday night.

Last Friday night, we dined at Le Bremner on Rue St. Paul E. While waiting for our table, we grabbed seats at the bar. I didn't discover a Blue Jays logo, but there was a Montreal Expos logo mixed in the jumble of stickers on the wall. Back in 2005, the Expos moved to Washington, D.C. and rebranded themselves as the Nationals. Years ago, I found a Nationals logo while visiting my sister in the District of Columbia. So the Expos logo doesn't count, but I'll gladly log this as a bonus.