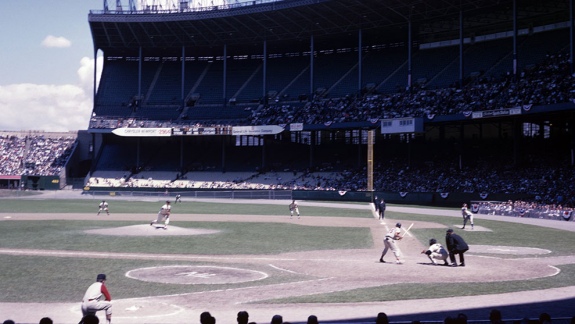 When the National League All-Stars take the field at San Diego's Petco Park next Tuesday, it may appear like a regular season Chicago Cubs game. This afternoon, Major League Baseball announced the starting lineups for the 2016 All-Star Game and the Cubs can add another historical footnote to the team's accomplishments this year. Anthony Rizzo (first base), Ben Zobrist (second base), Addison Russell (shortstop) and Kris Bryant (third base) will all be starting in the infield. That's a feat that has not been matched since the 1963 All-Star Game at Cleveland's Municipal Stadium. For good measure, Dexter Fowler was also voted in as a starting outfielder. 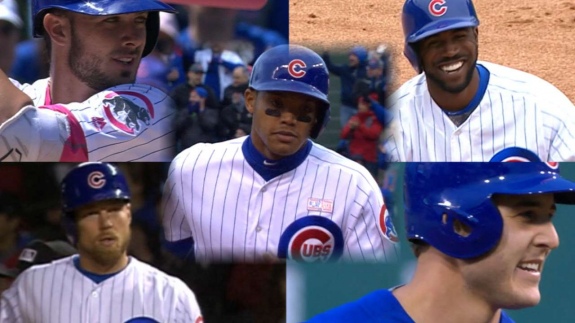 During the 1963 Midsummer Classic, St. Louis Cardinals populated the infield. The Senior Circuit's infield consisted of Bill White (first base), Julian Javier (second base), Dick Groat (shortstop) and Ken Boyer (third base). Technically, Bill Mazeroski of the Pittsburgh Pirates was selected as the starting second baseman. Due to injury, Javier was named as his replacement. Another Cardinals All-Star, none other than Stan Musial, made his final All-Star appearance that day.

To say the start of the Cubs' 2016 season has been historic and dominant is an understatement. For a franchise synonymous with losing, this batch of north siders have accomplished feats that have not occurred since 1908 and 1951, just to name a few. Lately, the team has cooled off. After winning 24 of their first 30 games, the Cubs held an eight-game lead over the Pirates. Since then, the Cubs have played just above .500 ball, managing a 28-25 record. Since the Cardinals failed to rally against the Pirates tonight, the Cubs maintain a nine-game lead over St. Louis.

Since the middle of June, the Cubs dropped two of three on the road against the Washington Nationals. After returning to Wrigley Field, the Cubs won all three against the Pirates then suffered a three-game sweep at home to the Cardinals. On the road again, they dropped three of four to the Miami Marlins and swept all three in Cincinnati against the Reds. Closing out the road trip, and in a rematch of the 2015 National League Championship Series, the New York Mets took all four.

The annual All-Star break can provide a vital respite for ailing teams, but that does not appear likely for the Cubs. Since the Cubs have hit a rough stretch over the last few weeks, they certainly are due for several valuable days off. Immediately following the All-Star Game, the Texas Rangers (with 53 wins, the best team in the American League) visit Wrigley Field for a three-game set. Then the Mets come to town for three games.