Message on the Outfield Wall 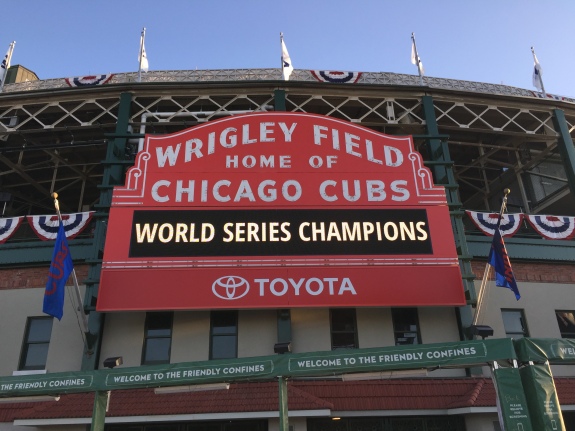 This morning, thanks to daylight saving time, I used my bonus hour to make my final trek to Wrigley Field during 2016. Due to multiple deadlines at work, I did not get to join the mass of blue humanity that descended upon Grant Park on Friday for the World Series celebration. Instead, I had one hour to circle the ballpark, reflect upon the games I attended, and sign the wall along Waveland Avenue. 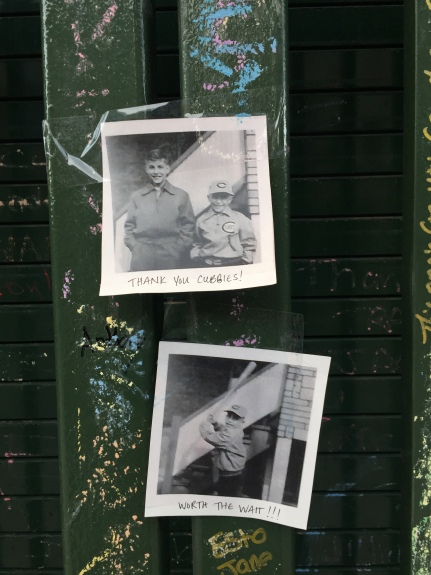 Last week, I heard reports and saw pictures of the outfield wall. Fans armed with chalk wrote messages for long-departed Chicago Cubs fans who were not able to see a World Series during their lifetimes. Other messages served as inspiration for the team to defeat the Cleveland Indians. There were black and whites photos of fathers and sons from yesteryear taped to the iron gates. There was even a little boy just scribbling lines. 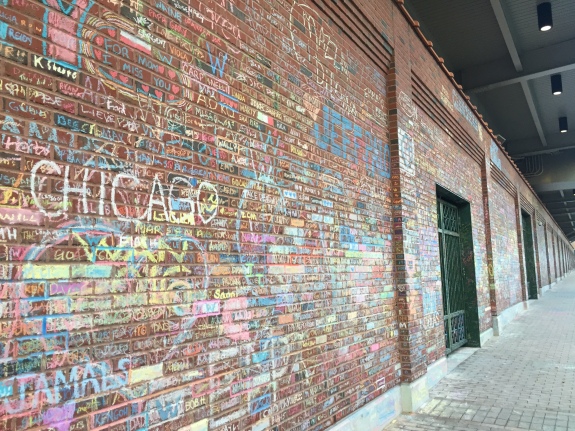 By the time I arrived on Sunday morning, the walls were covered. Nearly every inch of them. Not just the outfield walls, every wall. At least every wall that was not blocked by a construction fence. I found a small nub of white chalk on the Sheffield Avenue sidewalk. While looking for a tiny space to write my message, I discovered a small opening on the mortar completely untouched. I managed to write this blog's address in that space. 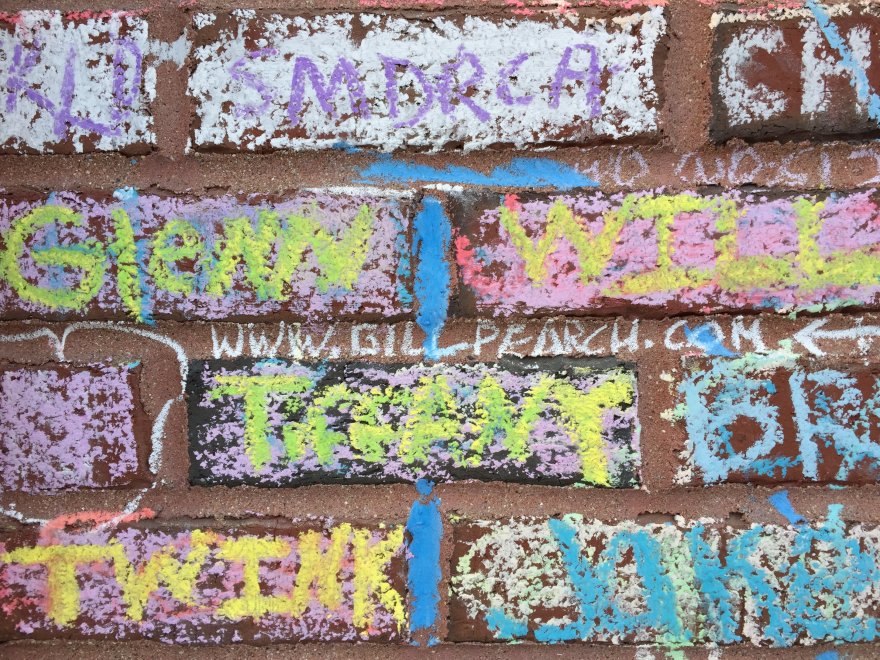 But why that? With this blog, I've shared so many stories about my adventures going to games at Wrigley Field or just being a long and suffering Cubs fan. My hope is that someone walking along Waveland Avenue catches a glimpse of the URL, visits and can enjoy a Cubs story.