My Baseball Travels 2016: North of the Border 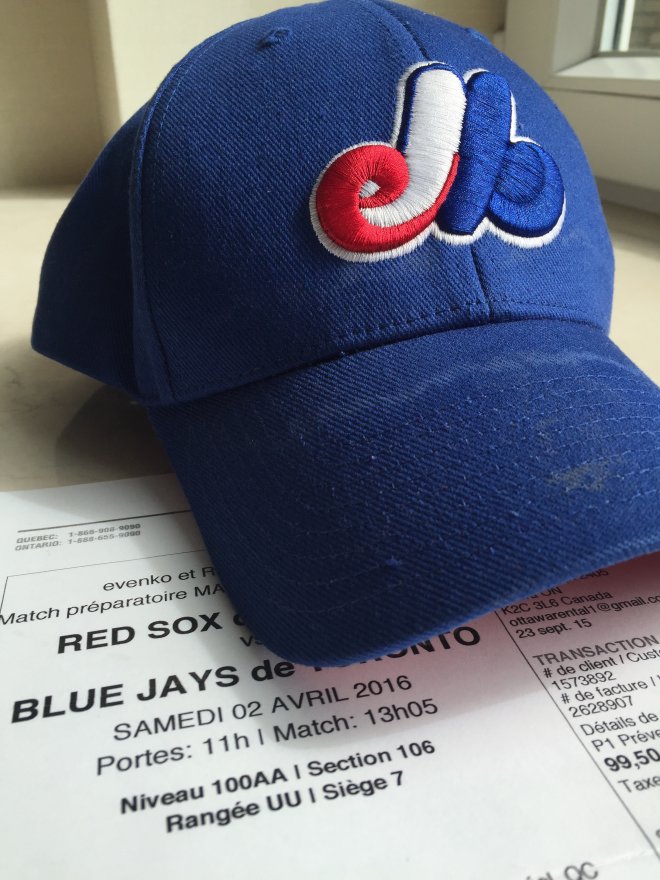 Following Thanksgiving dinner, my brother-in-law noticed my blue World Series sweatshirt and asked what could possibly remain on my baseball to-do list. Specifically, he was referring to Game 3 of the 2016 World Series. After 71 years, the Chicago Cubs won the National League pennant and I was fortunate enough to have a seat behind home plate for the first World Series game at Wrigley Field since 1945. Without a doubt, that game was the greatest sports experience of my life (despite the Cubs losing 1-0 to the Cleveland Indians). But honestly, I never compiled a definitive baseball to-do list.

Strictly speaking, that last sentence is not entirely accurate. Almost two decades ago, I decided I wanted to venture beyond my media market and attend a game in every major league ballpark. I had been to multiple games at Wrigley Field, old Comiskey Park, new Comiskey Park (before the series of name changes) and even old Busch Stadium. At that time, Fenway Park was on the endangered list and Yankee Stadium was not. Boston seriously considered demolishing the oldest active ballpark (an 88-year-old park in 2000) in baseball, but ultimately, it was saved. Yankee Stadium seemed like it would stand forever, but it was replaced by the end of that decade. My mission was accomplished just shy of a decade later. In 10 years, I had seen every Major League Baseball team play a game at home. In several cases, I had seen some teams play in multiple home parks.

But I am hesitant to say I have a baseball bucket list. There's a sense of finality that accompanies that label. When all of the boxes on a bucket list are checked, it's time to move on. With that in mind, I'll continue to refer to it as a to-do list. Friends and coworkers asked if I would move on to football stadiums next. Not a chance. I just don't have the same passion for other sports. But ever since I left Philadelphia's Citizens Bank Park in May 2010, I knew my to-do list was never limited to ballparks, it was a pursuit of unique baseball experiences. I have been to several spring training games in Arizona, I toured the Louisville Slugger bat factory, I made multiple trips to the Baseball Hall of Fame (including the induction ceremony of Ryne Sandberg, my childhood idol), I attended an All-Star Game in Cincinnati, I watched teams clinch playoff berths, I even attended multiple postseason games, and I even made five trips down Bernie's Slide in Milwaukee. The 2016 baseball season provided many new baseball experiences.

Sometimes baseball experiences are planned well in advance, and sometimes they emerge completely out of left field. Susan knew she would be traveling for work to Vermont and Connecticut during the waning days of March and the beginning of April. In 2012, we enjoyed a food vacation in Montreal that included everything from fine dining to local bagel shops. As part of that trip, we enjoyed a private tour of Olympic Stadium (second only to our tour of Parliament in 2010). The stadium was prepped for an upcoming soccer match, but we were given the opportunity to walk in what was once right and center field. Olympic Stadium was a ballpark that slipped through the cracks. Shortly after I started visiting ballparks, the Montreal Expos relocated to Washington, D.C. But after that vacation, we knew we'd return someday.

Short of time travel, it's difficult to visit a ballpark once a team has moved on. I saw Paul McCartney play at Milwaukee County Stadium in 1993, but I never made it back for a Brewers game. When I realized that the Boston Red Sox and Toronto Blue Jays were playing a two-game preseason series at Olympic Stadium the same weekend we would be in Montreal, I could not buy tickets fast enough for the Saturday afternoon game.

On my flight out of O'Hare, I ripped through as much of Jonah Keri's book, "Up, Up, and Away: The Kid, the Hawk, Rock, Vladi, Pedro, le Grand Orange, Youppi!, the Crazy Business of Baseball, and the Ill-fated but Unforgettable Montreal Expos," as I could. I finished the rest during my spare moments during the rest of our trip.

Olympic Stadium (or Stade Olympique in French) was everything I imagined it would be: cold, cavernous and amazing. The Red Sox won 7-4 that afternoon. Sean O'Sullivan picked up the win, Travis Shaw was 2-for-2 with two runs batted in, and both teams ultimately reached the postseason. The game was meaningless, but I visited my 39th major league ballpark.