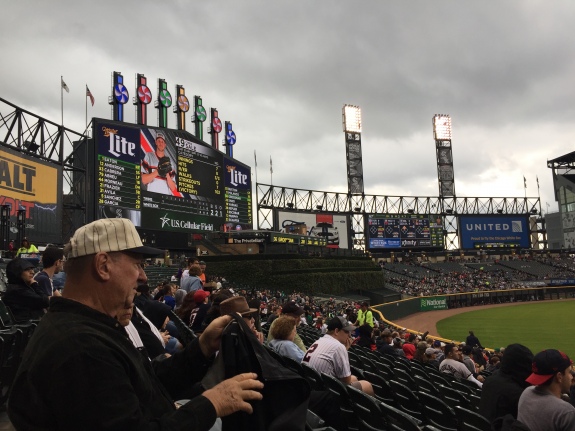 When one of the best pitchers in baseball plays in your home city, his starts are appointment television. But after seven seasons of failing to reach the postseason with one of the best arms in baseball firmly fixed atop their rotation, the Chicago White Sox were faced with a daunting task and traded Chris Sale to the Boston Red Sox in exchange for Yoan Moncada, Michael Kopech, Luis Alexander Basabe and Victor Diaz. Some fans hate the trade, and others realize it is a necessary step toward rebuilding.

During his tenure on the south side, Sale compiled impressive statistics. His record was 74-50 with a 3.00 earned run average. He pitched 1,110 innings and fanned 1,244 batters in the process. Sale earned a spot on the American League's All-Star squad five times during his stay in Chicago including starting honors during the 2016 All-Star Game in San Diego.

In 2005, the White Sox ended an 88-year drought and won the World Series with a four-game sweep over the Houston Astros. Since then, the White Sox only reached the postseason once when the Tampa Bay Rays beat them during the 2008 American League Division Series. The White Sox drafted Sale, a pitcher from Florida Gulf Coast University, in June 2010. After a brief stint in the minor leagues, Sale became a part of the White Sox bullpen in late 2010. In 2012, he became a permanent fixture in the rotation.

My first attempt to watch Sale pitch live came on September 13, 2012 with a matchup against Justin Verlander and the Detroit Tigers. The rains came and our group never saw a pitch. Nearly identical circumstances occurred almost exactly one year later. On September 15, 2013, I had tickets to see Sale face the Cleveland Indians. Rains came again and we had to leave (despite the game eventually starting). After two weather-thwarted attempts, I would eventually see Sale pitch five times. He pitched three times at U.S. Cellular Field and twice at Wrigley Field. During those five games, he accumulated the following statistics:

During the 2016 season, Chris Sale found himself involved in two controversial situations. First, Sale verbally challenged White Sox Executive Vice President Kenny Williams and Manager Robin Ventura following a decision to limit that amount of time Adam LaRoche's son Drake was spending in the locker room. Second, was when he used scissors and shredded the team's 1976 throwback uniforms prior to his start that evening which resulted in a five-game suspension.

Fans may not feel the impact of the Sale trade immediately on the south side. Fans may focus upon losing a dominant starting pitcher, but the White Sox are officially rebuilding. In the deal, the White Sox received infielder Yoan Moncada who is currently ranked as the number one prospect in baseball and oftentimes compared to all-star Robinson Cano. In addition, they received right-handed pitcher Michael Kopech, outfielder Luis Alexander Basabe, and right-handed pitcher Victor Diaz.

Photo: Sale's final start with the Chicago White Sox on Sunday, October 2, 2016 against the Minnesota Twins