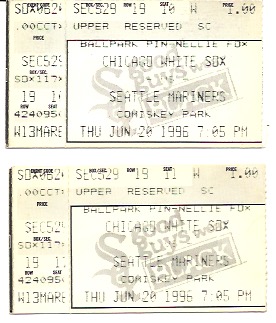 Sometimes advance planning simply does not work out. During the summer of 1996, I had my first full-time job and was one full year into graduate school. My free time was extremely limited, but I was determined to spend as much of it as I could at baseball games. As a Chicago Cubs fan, I was already getting to Wrigley Field as often as possible. Interleague play was still one season away, so when American League stars passed through Chicago, I made sure to visit the new incarnation of Comiskey Park.

I had two dates circled on my calendar that summer: June 20 and June 21. Ken Griffey, Jr. and the Seattle Mariners were coming to Chicago for a four-game series against the White Sox. During the strike-shortened 1995 season, the Mariners earned a postseason berth for the first time in franchise history with a 79-66 record. After eliminating the New York Yankees in the American League Division Series (ALDS), they fell short against the Cleveland Indians in the American League Championship Series (ALCS) and failed to claim the franchise's first American League pennant. At the time, not only was Griffey the most dynamic hitter in the game, but he was also a six-time gold-glove-winning outfielder. Lefties possess the most graceful swings, but Griffey's was elegant, almost effortless. On that Thursday night, he was hitting .300, had 23 home runs, and 60 runs batted in. But, there was a problem.

During Griffey's second at-bat on Wednesday against the Toronto Blue Jays, he fouled off an Erik Hanson pitch and landed on the 15-day disabled list. X-rays revealed Griffey suffered a broken right hamate bone. During the prior season, Griffey suffered the first significant injury of his young career when he crashed into Seattle's Kingdome outfield wall and broke his left wrist. He missed 73 games that regular season.

In retrospect, I was even more disappointed that more than a decade would pass before I saw Griffey play. As a member of the Cincinnati Reds on September 16, 2007, he was well beyond his prime. He finished that game 2-for-5 at the plate (two singles) with three strikeouts against the Milwaukee Brewers at Miller Park. Following that game, I would only see him play two more times. Once during his brief tenure with the White Sox (August 19, 2008), and once during his second stint with the Mariners (May 17, 2009). He did not enter the game on June 26, 2010.

Almost exactly two decades after my first attempt to see the rising star play, Griffey was inducted into the Baseball Hall of Fame. When his career was finished, Griffey ended with 630 career home runs. He had 2,781 hits, a .284 lifetime batting average, and a .907 career OPS. 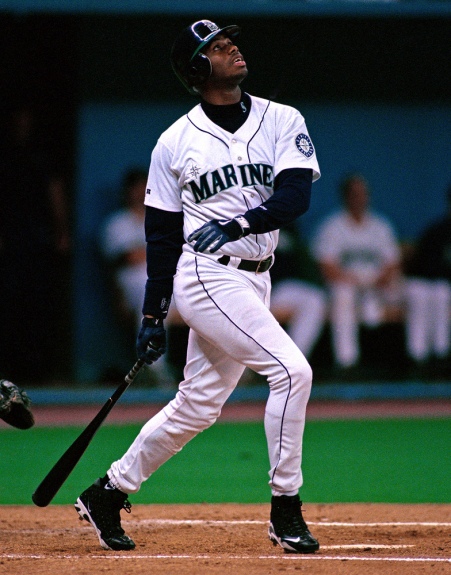