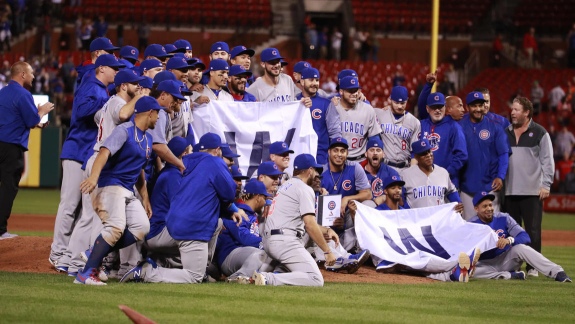 Wednesday night at Busch Stadium, the Chicago Cubs defeated the St. Louis Cardinals, 5-1, to claim the team's second consecutive National League Central Division championship and its third consecutive season in the postseason. The rebuilding plan that Cubs management set into place following the 2011 season has been producing results: an appearance in the 2015 National League Championship Series (NLCS), the 2016 World Series title, and the 2017 NL Central title. Free agent signings have made significant impacts; draft picks have become all-star caliber and MVP-winning players. The goal was to continually reach the postseason and get a shot at winning World Series titles. The last time the Cubs reached the postseason in three consecutive seasons was 1906-1908.

The way to reach the postseason has changed since the World Series' debut in 1903. From 1903 through the 1968 season, only two teams reached the postseason annually. Teams that finished atop the American and National leagues won their respective pennants and met in a best-of-seven World Series (with a few years in a best-of-nine format). In 1969, the two leagues were divided into an East and West division expanding the number of teams in the postseason. Then in the 1990s, three divisions and a wild card were added. Finally, two wild cards were added.

This afternoon, the Cubs (91-69, .569) will continue making their final tune-ups before they meet the Washington Nationals (97-63, .606) in the National League Division Series (NLDS) next Friday. The Cubs send 33-year-old lefty Jon Lester (12-8, 4.46 ERA) to the mound for his 32nd start of the season. The Cubs have yet to announce their rotation for the NLDS, but initial assumptions have Lester starting anywhere from Game One to Game Three. The Cincinnati Reds (67-93, .419) will counter with 23-year-old Jackson Stephens (2-0, 3.86 ERA). Stephens made his MLB debut against the Cubs on July 1 in Cincinnati, but he did not pitch in the majors again until September.

Fun Fact: The last time the Cubs reached the postseason three consecutive seasons Wrigley Field was not yet constructed. Chicago's National League team played its home games at the West Side Grounds. Until 2016's World Series championship, the Cubs won their two prior World Series titles at the West Side Grounds (1907 and 1908). Here's a photo of what Wrigley Field (then the Chicago Lutheran Theological Seminary) looked like at the time. 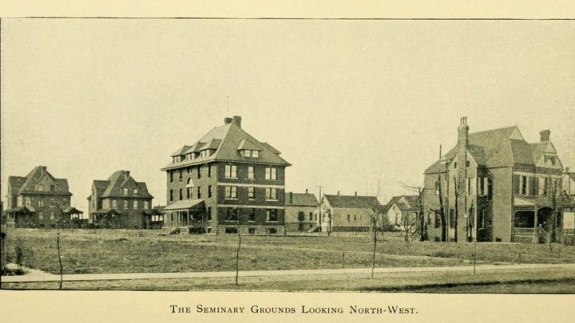