Bracing for a Rebranded Postseason Run 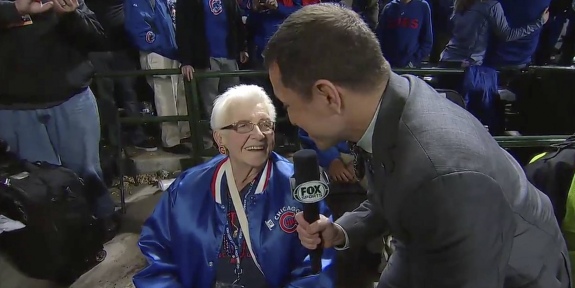 Tonight, the Chicago Cubs (92-70, .568) begin the franchise's quest to win back-to-back World Series titles for the first time since the 1907 and 1908 seasons. After struggling through the first half of the 2017 season with pitching and offensive woes, everything seemed to click down the stretch. In the wake of a so-called World Series hangover, the Cubs managed to win the National League Central Division by six games over the Milwaukee Brewers (86-76, .531).

But this postseason will be radically different than last year's run. The 2016 Chicago Cubs were not your parents' team. They were not your grandparents' team. And for that rate, they probably were not your great-grandparents' team either. They throttled opponents with a potent offense, solid defense and unblemished rotation en route to a 103-win regular season, and ultimately, a World Series title. The players who donned the classic blue and white pinstripes exorcised 108-year-old demons. Other than Kyle Schwarber's injury, the team's disabled list remained clean. Every player summoned from the minors produced.

Expectations are different this time around. For three consecutive seasons, the Cubs have reached the playoffs. In 2015, they earned the second NL wild card spot and ultimately ran into a pitching and home run machine in the New York Mets during the National League Championship Series (NLCS). Last year, the Cubs conquered the San Francisco Giants, Los Angeles Dodgers, Mother Nature and the Cleveland Indians to win the World Series during extra innings of Game Seven on the road.

As the Cubs face the Washington Nationals (97-65, .599) during the National League Division Series (NLDS), the emotion and expectation will be different. The Nationals have home-field advantage during the best-of-five series. Kyle Hendricks (7-5, 3.03 ERA) will get the start against one of the elite pitchers in baseball. With a potential injury to starting pitcher Max Scherzer (16-6, 2.51 ERA), the Nationals opted to start Stephen Strasburg (15-4, 2.52 ERA). But many questions surround the Cubs. Will fans second-guess the decision not to pitch Jon Lester (9-7, 2.63 ERA) in Game One? Is Lester actually hurt? How will Jose Quintana (11-11, 4.15 ERA) manage during his first postseason experience? Is Jake Arrieta (14-10, 3.53 ERA) still struggling with the leg injury he suffered down the stretch in the regular season?

In 2017, the images of sideline reporters interviewing nonagenarians won't have the same meaning. Ending the 108-year-old streak did not end Cubs fans' desire for a World Series title, but it did alter the narrative (well, at least a little). Fans simply don't want to see the Cubs win one before they die, they want the Cubs to become a perennial powerhouse. Expectations have been rebranded and elevated.