Related Content
NLDS 2017 Game Five: An Evening of Mood Swings and a Foot That Left the Bag
Bracing for a Rebranded Postseason Run
MLB 2017 Postseason: Need a Rooting Interest? 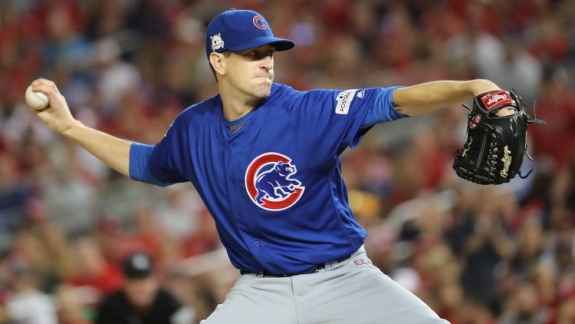 On Friday night, the Chicago Cubs (92-70, .568) traveled to the District of Columbia to begin the franchise's quest for back-to-back World Series titles. Not only did the Cubs seize an early road victory against the Washington Nationals (97-65, .599), they did so in grand fashion with a 3-0 win over Stephen Strasburg.

Almost every game this postseason has been a high-octane offensive affair. But Game One of the best-of-five National League Division Series (NLDS) between the Cubs and Nationals featured an old-school pitchers duel matching up Kyle Hendricks (7-5, 3.03 ERA) and Strasburg (15-4 2.52 ERA). Strasburg was virtually unblemished with seven innings pitched, 10 strikeouts and only two runs allowed (none of which were earned). While Strasburg stretched a no-hitter into the sixth inning, Hendricks quietly answered by allowing just two hits - one in the first, one in the second - over the course of seven innings.

With two outs in the bottom of the second, the Nationals threatened. Hendricks hit Matt Wieters with a pitch then Michael Taylor singled. With runners on first and second, Strasburg grounded out to Cubs first baseman Anthony Rizzo and killed the early rally. 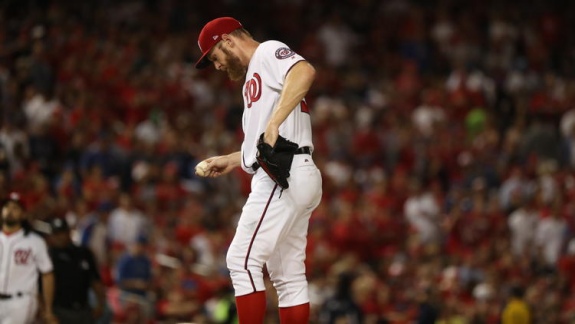 In the sixth inning, Strasburg would lose his no-hit bid and the shutout. Javy Baez, the Cubs second baseman, reached first thanks to a fielding error by Nationals third baseman, Anthony Rendon. Baez advanced to second on Hendricks' sacrifice bunt. With two outs in the top half of the frame, Cubs third baseman Kris Bryant singled home the first run and advanced to second on Bryce Harper's throw back to the infield. Rizzo singled to drive home Bryant and give the Cubs a 2-0 lead. The Cubs plated one more insurance run in the eighth after Jon Jay doubled to leadoff the inning against Ryan Madson and Rizzo doubled him home.

The Cubs locked up the win after Carl Edwards, Jr. relieved Hendricks with a scoreless eighth, then Wade Davis - who pitched almost perfectly in 2017 - recorded the save by pitching a scoreless ninth. 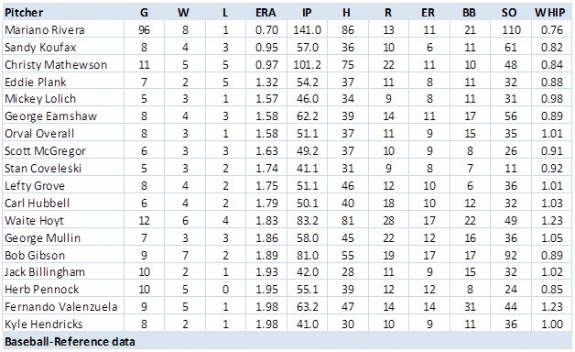