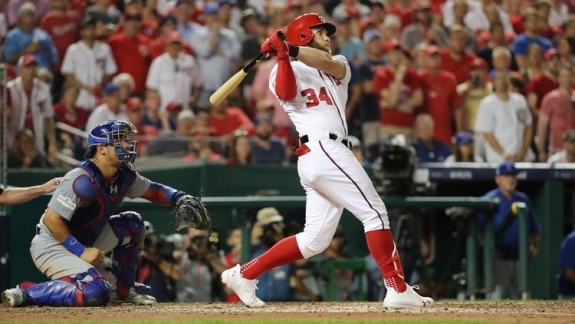 From the start of the postseason, the Chicago Cubs knew they needed to win at least one game in Nationals Park. On Friday night, the Cubs shutout the Washington Nationals, 3-0, in a masterful pitching duel between Kyle Hendricks and Stephen Strasburg. During Game Two, the long ball determined each team's fate.

Cubs starting pitcher, Jon Lester (13-8, 4.33 ERA), allowed only two hits and two walks over six innings. The lone run he allowed was a solo home run by Anthony Rendon in the bottom of the first. While Lester cruised through the second, third and fourth inning, he struggled in the fifth. Ryan Zimmerman singled to leadoff the inning, then after two outs, he swiped second base and advanced to third on a wild pitch. Michael Taylor and Howie Kendrick walked to load the bases. Lester finally struck out Trea Turner to preserve a scoreless inning.

The Cubs failed to generate offense without the long ball. Trailing 1-0 after one inning, Willson Contreras hit a solo blast off of Gio Gonzalez (15-9, 2.96 ERA) to even the score, 1-1. With Kris Bryant on second base, Anthony Rizzo homered to give the Cubs a 3-1 lead.

With one out and a runner on first, Bryce Harper tied the game in the bottom of the eighth with a monstrous two-runner homer against Carl Edwards, Jr. Edwards walked Rendon then was replaced by Mike Montgomery. Daniel Murphy singled off of Montgomery. Zimmerman put the game out of reach with a three-run homer. 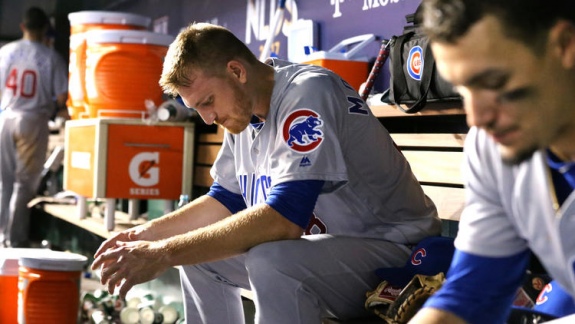