NLCS 2017 Game One: Bullpen Woes and a Play at the Plate 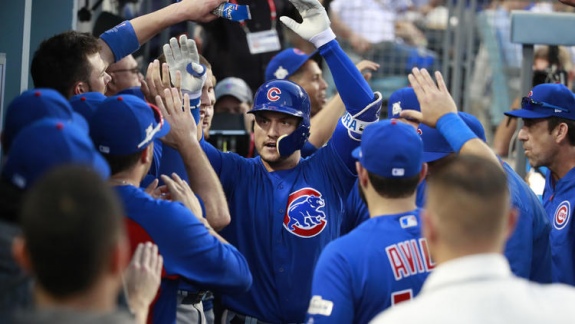 When Albert Almora, Jr. took Dodgers ace Clayton Kershaw (1-0, 5.68 ERA) deep with one on and no outs in the top of the fourth inning, he gave the Cubs a 2-0 lead. After that, the Cubs offense went dormant. No Cubs reached base following Almora's long ball. Kershaw only lasted five innings allowing two runs, four hits and a walk. The Dodgers bullpen pitched the remaining four shutout innings without allowing a hit or walk.

Cubs starting pitcher Jose Quintana (0-0, 0.00 ERA), who started Game Three and pitched 2/3 of an inning during Game Five of the NLDS, matched Kershaw. Quintana also surrendered two runs with two hits and two walks. But the Cubs bullpen imploded. Hector Rondon (0-0. 0.00 ERA), who was left off of the NLDS roster in favor of Justin Wilson (0-0, 0.00 ERA), surrendered a home run to Chris Taylor during his 1/3 of an inning. Mike Montgomery (0-0. 27.00 ERA) didn't fare much better. He allowed four hits and a walk during his inning of work and translated to two additional runs. 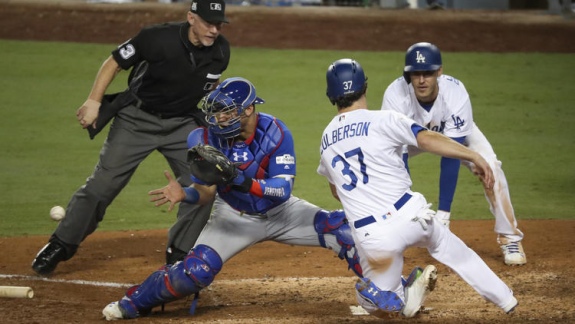 With Game Five of the NLDS being an exception, the Cubs starting pitching has been excellent in the postseason, but their offense has not produced nearly enough. During the NLDS, the Nationals outscored the Cubs, 20-17. Only the Arizona Diamondbacks plated fewer runs during the League Championship Series games (11 in three games). If the Cubs intend to win their second consecutive National League pennant, Kris Bryant and Anthony Rizzo will need to spark the offense.