Full confession. I had ambitious goals for our recent trip to Vancouver, British Columbia. By design, it was a one-week trip to leave everything behind and unplug as much as possible (and to enjoy fantastic food along the way).

Vancouver is not a Major League Baseball city, so we didn't need to visit any new ballparks. Of course, we did catch an NHL game between the Vancouver Canucks and the New York Rangers on Wednesday night. But I thought I might be able to knock two MLB team logos off of my Team Game list. Finding two logos during a one-week span is slim, but it has happened on a few occasions.

In order to secure a cheaper flight, we had a brief layover in Toronto. The Toronto Blue Jays logo was one of the five I'd missed all of these years. My Team Game has a lot of rules; the most challenging is that clothes do not count. Rather than rehash the details here, older blogs will provide the specifics. I was certain that Toronto's Pearson International Airport would have a Blue Jays radio or TV ad on a wall or some other similar display. Nope. Nothing.

I walked through an airport gift shop looking for a tacky tchotchke like a keychain or mug. Nothing there either. But I did stop into a sports shop called The Scoreboard. Blue Jays, Maple Leafs and Raptors gear were everywhere, but nothing I could count. I did spot an ad for team wear, so I grabbed a photo. That felt a little like cheating, so I decided to give myself our full trip to locate something suitable. 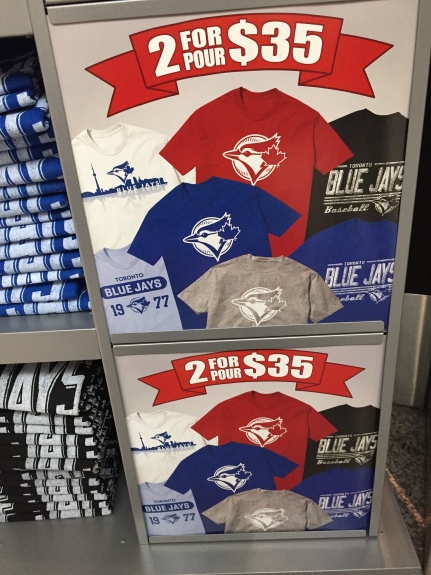 Upon arrival in Vancouver, I spotted several individuals walking around with Blue Jays caps, but I can't count those. Since Vancouver does not have a Major League Baseball franchise, the Seattle Mariners play the closest to the city limits. But after a full week, it became clear that Vancouver baseball fans opt to root for the lone Canadian franchise rather than proximity to the city.

During our final day in Vancouver, we visited Granville Island Public Market. After finishing a two-hour guided tour, we roamed through several shops. To my surprise, I spotted a Blue Jays logo carved in wood. I could only locate a pair of Mariners socks. 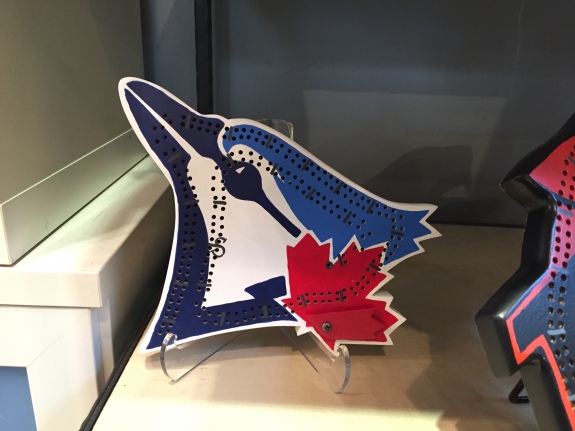 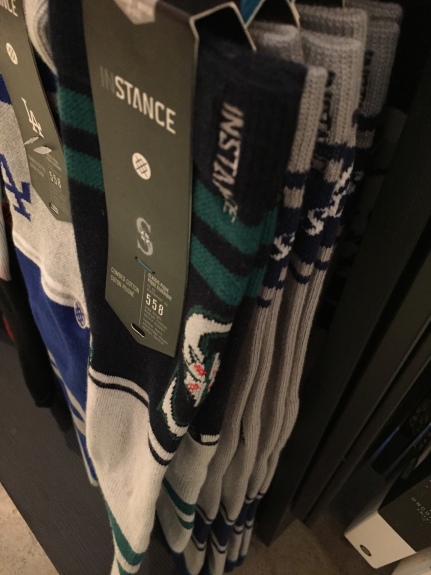 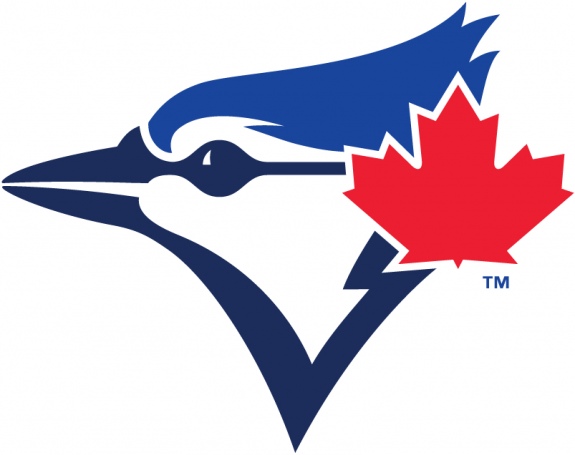