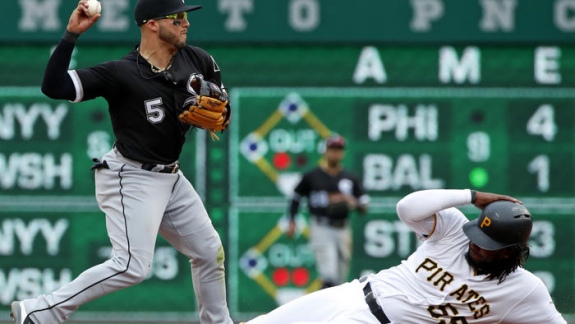 Let's rewind to 1962. John F. Kennedy was in the White House, The Beatles had yet to appear on The Ed Sullivan Show, and the New York Mets sucked. Now let's be fair, the Mets were playing their inaugural season at the Polo Grounds. That roster consisted of has-beens, castoffs and many players fans never heard of before. After four full seasons as a one-team city, National League baseball was back in the Big Apple. But that season, the upstart Mets established the all-time, modern era (since 1900) mark for losses during the regular season with a 40-120 record. They had a .250 winning percentage and finished 60 1/2 games behind the San Francisco Giants.

So, back to 2018. The Chicago White Sox are officially rebuilding. Reasonable fans do not expect the team to contend this year. This season is all about development: Yoan Moncada, Tim Anderson, and Reynaldo Lopez. But entering tonight's action, the White Sox are on pace to dethrone the '62 Mets and their stranglehold on futility.

This afternoon, the Pittsburgh Pirates defeated the White Sox, 3-2. The Sox have dropped two consecutive games and nine of their last 10. Buried in last place in American League Central, the White Sox have the lowest total of wins in Major League Baseball (10). With 39 games in the book, they have a .256 winning percentage. Now project that out for a full 162-game schedule. That means the Sox are on pace to finish 41-121. That's one more loss than the '62 Mets.

Looking back at the modern era, here are the six teams that finished with the most losses: 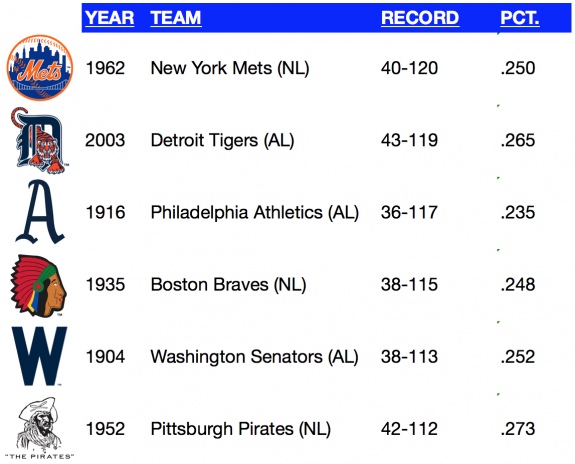