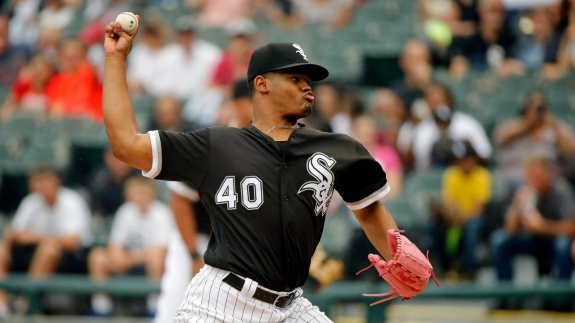 Today marks the final day of regular season action prior to the All-Star Game festivities in Washington, D.C., so it's time to catch one more game before the extended break. At Guaranteed Rate Field this afternoon, the two worst teams in the American League Central will close out their first halves. The last-place Kansas City Royals (27-67, .287) are 40 games below .500 and are buried 24 games behind the front-running Cleveland Indians (51-43, .543). The Chicago White Sox (32-62, .340) are only 30 games under .500. They trail the division leaders by 19 games. 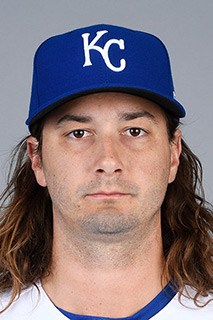 The Royals will start 28-year-old Burch Smith (0-0, 5.83 ERA) this afternoon. Primarily a reliever, Smith made 24 appearances this season out of the bullpen and only one start. On July 11, he made his first start of the season and lasted only 3 1/3 innings against the Minnesota Twins. For what it's worth, his team photo is a classic, almost like he belongs on the Ridgemont High School Wolves varsity squad.

Lucas Giolito (5-8, 6.59 ERA) will start for the White Sox. The 24-year-old starter has experienced a complicated 2018 campaign. Giolito hasn't been able to replicate his spring training success during the regular season. His last start on July 8 was arguably his best of the season when he lasted 7 1/3 innings and allowed only three hits and two earned runs to the Houston Astros.

Earlier this season, I noted that the 2018 White Sox were on a serious quest to pass the 1962 New York Mets for the most losses during the regular season (since 1900). At the time, they had a .256 winning percentage. Since then, they increased their winning percentage to .340. While still on a pace to lose 107 games this season, the White Sox are nowhere close to challenging that sub-par Mets team. The 2018 Royals, however, have moved into that discussion and are on pace to drop 116 games. And let's not forget this year's Baltimore Orioles (27-69, .281). With slight rounding, they too are on course for 116 losses. Just imagine if the Orioles move Manny Machado prior to the July 31 trading deadline. Marvelous Marv Throneberry will be rolling in his grave.

Note: Eventually, my team (they claimed first place in the National League Central on Saturday) will play at home when I have a free day. But until that day, it's nice to have a second alternative in town.