Yesterday, Manny Machado signed a 10-year, $300-million contract with the San Diego Padres ending speculation that he would serve as a catalyst for the rebuilding Chicago White Sox. That can only mean two things. First, the White Sox missed an opportunity to land a top-tier, though polarizing, free agent with the potential to accelerate the franchise's positive momentum. Second, the 2019 Major League Baseball campaign is looming around the corner.

Once games start counting, the media will shine spotlights on two significant baseball anniversaries. Neither features a happy ending. This season will mark the 100th anniversary of Shoeless Joe Jackson, Kenesaw "Mountain" Landis and the infamous "Black Sox" scandal of 1919. Even non-baseball fans have watched Field of Dreams or Eight Men Out and possess a working knowledge of how the Cincinnati Reds defeated the White Sox in the 1919 World Series (then a best-of-nine contest). Traveling north, Cubs fans will fondly recall the magical 1969 season. Franchise icons Ernie Banks, Billy Williams and Fergie Jenkins nearly won the first National League East Division title. Of course, the New York Mets had something to do with that outcome. Rather than focus on those two campaigns, I will document two different seasons: the 1929 Cubs and 1959 White Sox. Both teams won their respective pennants, but neither emerged victorious in the Fall Classic. Naturally, every pennant-winning season has significance, but those two seasons featured historic milestones. 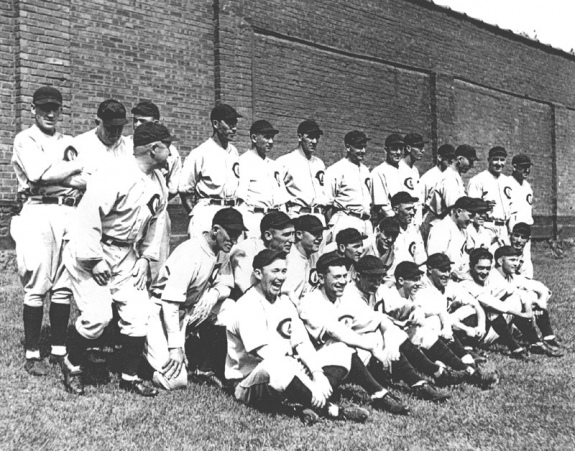 The Chicago Cubs played their first World Series at Wrigley Field in 1929.

Following the collapse of the Federal League after the 1915 season, the Cubs replaced the Chicago Whales as tenants of Weeghman Park (the park was officially renamed Wrigley Field in 1927). The Cubs won four National League pennants (1906-1908, 1910) and two World Series titles (1907-1908) playing at the West Side Grounds. Despite winning the 1918 pennant while playing at Weeghman Park, the Cubs' home games were played at Comiskey Park due to the threat of World War I and limited seating capacity. When the Cubs won the NL pennant in 1929, the played the franchise's first World Series games against Connie Mack's Philadelphia Athletics. 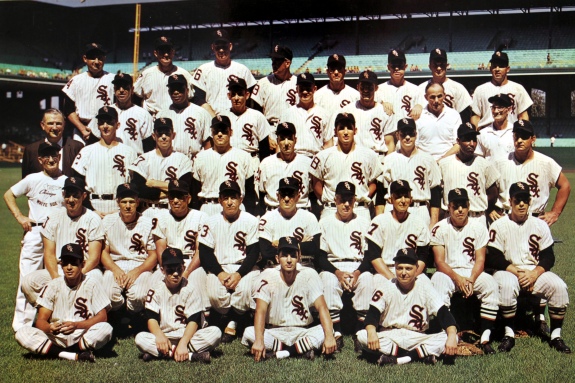 The Chicago White Sox played their final World Series at Comiskey Park in 1959.

Built in 1910, Comiskey Park would house Chicago's Junior Circuit team through 1990. With a White Sox team that chased the New York Yankees throughout the 1950s, fans would never imagine that the 1959 World Series would be the last played in the so-called "Baseball Palace of the World." The Dodgers, who won their first National League pennant since moving from Brooklyn to Los Angeles, would best the White Sox in six games.

Throughout the season, this blog will document how both franchises navigated two seasons, won their respective pennants and fell just short of World Series titles. These blogs, on a weekly basis, will feature archival news clipping and photos from yesteryear.