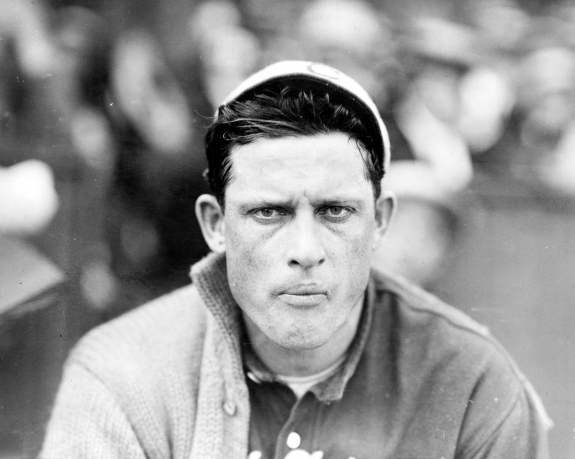 The Chicago White Sox had a rough stretch of games at Comiskey Park. Between Tuesday, May 26 and Monday, June 1, the South Siders finished 2-5, yet managed to pick up one game in the American League standings on the Cleveland Indians.

To start the week, the Sox split two games against the Junior Circuit leaders. Cleveland blanked the White Sox, 3-0, on Tuesday. The series opener was truly memorable when Nellie Fox and Luis Aparicio were "captured" by tiny spacemen prior to the game. One of the spacemen was none other than former St. Louis Browns legend, Eddie Gaedel. Indians pitcher, Don Ferrarese, only pitched 6 1/3 innings, but he was 3-for-3 at the plate and knocked in two runs. Ferrareses had RBI doubles in the fifth and seventh innings. Chicago returned the favor on Wednesday when they answered with a 5-1 win. Early Wynn picked up his seventh win of the season after allowing one run in 8 1/3 innings. Earl Torgeson and Sherm Lollar each added long balls.

Following a day of rest on Thursday, the Sox dropped two of three to the Detroit Tigers. On Friday, the White Sox failed to hold an early 1-0 lead and dropped the series opener, 4-1. Detroit's Al Kaline and Lou Berberet both took Sox starter Bob Shaw deep. Kaline finished the day 3-for-4. On Saturday, the Tigers jumped on Billy Pierce during the first game of a doubleheader with a 3-run second inning and never looked back. Rocky Bridges was 3-for-4, but Gail Harris did the damage going 2-for-3 with three runs batted in. The Tigers won, 4-2. During the nightcap, Chicago rallied and scored four runs in the final three innings. Turk Lown picked up the win in relief. Chicago salvaged the final game of the series, 4-3.

On Sunday, the Kansas City Athletics closed out the month of May by handing the White Sox a 9-1 loss. After grabbing a 1-0 lead in the first inning, Wynn surrendered five runs in the second inning. Barry Latman gave up four more in the sixth inning when Preston Ward clubbed a grand slam. After another early 1-0 lead on Monday, the White Sox surrendered three unanswered runs. Dick Williams, who played third base and left field that day, finished 3-for-4. Shortstop Joe DeMaestri was 2-for-3 with two runs batted in.

Away from the field, the Chicago White Sox were saddened to learn of Ed Walsh's passing. Walsh spent all but four games of his 14-year career as a hurler with the White Sox. He joined the team during its infancy in 1904. He led the team to its first World Series title in 1906. His career came to a close with a 195-126 record and a 1.82 ERA. During 1917, he played his only season (just four games) away from the White Sox when he joined the National League's Boston Braves. During the 1950s, Walsh suffered from cancer and watched his weight drop from 200 pounds to less than 100. In 1958, the Sox celebrated Ed Walsh Day at Comiskey Park and raised close to $5,000 for his medical care.