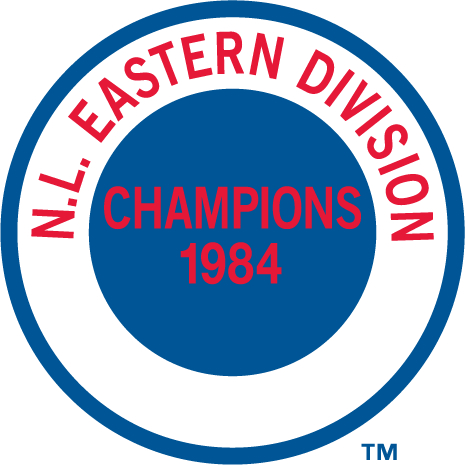 With the MLB playoffs starting on Wednesday, I figured it's time to debunk a 26-year-old local baseball myth. Over the years, I've grown to adulthood and have managed to let go of a lot of baseball hurt. Susan may disagree. With all the losing the Cubs have experienced throughout the years, I consider that a major feat. But for some reason, I just can't make peace with the 1984 National League Championship Series.

That October, the Chicago Cubs, winners of the old National League East title, appeared in the postseason for the first time since 1945. Yes, the Truman administration. The two-division format (East and West) was first introduced in 1969. According to the new format, the two division winners in the National League and American League would face each other in the League Championship Series, a best-of-five playoff.

Let's set the scene. The Cubs won the NL East (96-65) and the San Diego Padres (92-70) won the NL West to appear in the postseason for the first time in franchise history. The Cubs hosted Games 1 and 2 at Wrigley Field and the Padres hosted Games 3, 4 and 5 on the west coast. The Cubs won the first two games at home and needed only one additional victory to advance to the World Series. Of course, the Cubs traveled to California and proceeded to lose all three games in San Diego. I still curse your name, Steve Garvey. At the time Wrigley Field did not have lights. They wouldn't be installed until the 1988 season.

Now there is truth to the lack of lights presenting a problem. Following the playoffs, MLB did proclaim that if the Cubs were to return to the postseason, they would have two options. One option would require them to play their home playoff games at Comiskey Park, the American League home of the Chicago White Sox. That would allow the Cubs to play in front of hometown fans. The second option would be playing in the closest National League stadium. Unfortunately, at the time St. Louis' Busch Stadium would have been closest. The Milwaukee Brewers were still a member of the American League back in 1984. The rest is history. Lights were constructed during the 1988 season and the Cubs returned to the NLCS in 1989. Of course, they lost to the San Francisco Giants. The playoff format also changed in 1985. Beginning with the 1985 season, both the NLCS and ALCS were expanded to a best-of-seven series. In 1994 (but not officially until 1995 due to the strike), the format was changed once more to allow eight teams into the playoffs.

A few weeks ago while I was riding the CTA Red Line to the Cubs game, I sat next to a guy and he commented on my Cubs jersey. We started talking baseball. Then he said, "We were robbed in 1984. All because we didn't have lights."

Deep breath. Smile politely and get off at the Addison stop. Don't say a word.

Wise decision, Bill! It would have been a futile effort to try to straighten out this person with what really happened. Some people are going to believe what they want to believe regardless of what the facts are or what the truth is!

It's always reassuring to know I did the right thing.

Bill Pearch   Tuesday, October 5, 2010
It reminds me of persisting myth that Kennedy won 1960 election because of voter fraud in Chicago. As a 12 year old in 1962 I did a basic exercise in junior high or maybe grade school arithmetic. I took IL electoral votes from Kennedy and added them to Nixon. Kennedy still would have won.