Related Content
Salvador Dali: Master of Surrealism
Retro Writing: What the Cubs Should Do for ‘92
Team Game: 11 Down, 19 to Go

Sometimes anniversaries creep up on people.

When the calendar flipped to 2011 a few days ago, I realized that I graduated high school and ventured off to college 20 years ago. Of course the actual anniversary of packing up and heading to campus is some time in late August, but over the last few days, I've been thinking about my early days at Elmhurst College.

While I was in college, I had the opportunity to get involved with student organizations that didn't exist in high school. I was on the golf team, I had a radio show, and I even published a few cartoons in the college's newspaper, The Leader. I have no idea where the originals drifted off to, but I'll assume they're somewhere in the newspaper archives. More than likely, they were tossed. I did manage to discover two of them that were printed. These aren't from my freshman year, but from the second semester of my sophomore year.

Obviously, they don't make sense out of context. The first cartoon made fun of all the construction that occurred on campus during my sophomore year. The library was in the process of receiving a major facelift, so everything on campus moved to a temporary location. The second made fun of a friend of mine who travelled to Costa Rica for the second semester. 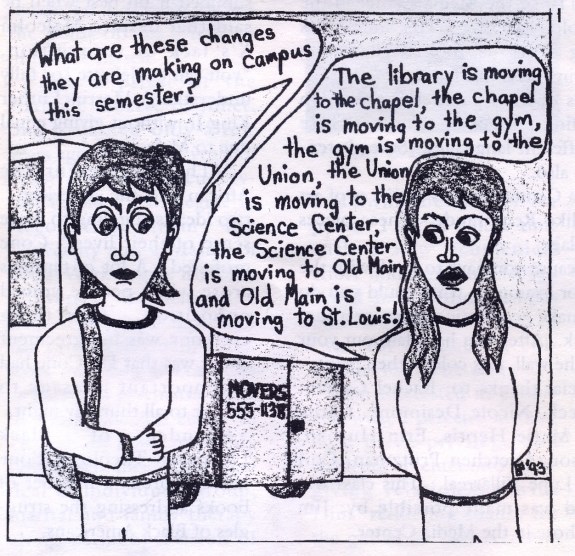 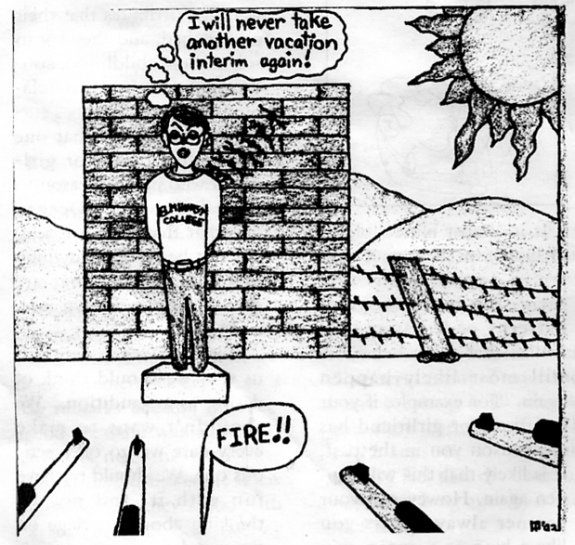 Gosh, Bill, I didn't realize you were an artist. Very nice work!

Thanks! I dabble here and there.

Apparently, everyone had mullets in the early 1990s. Males and females.

If they had enough hair, they had a Mullet.

Business in the front. Party in the back!