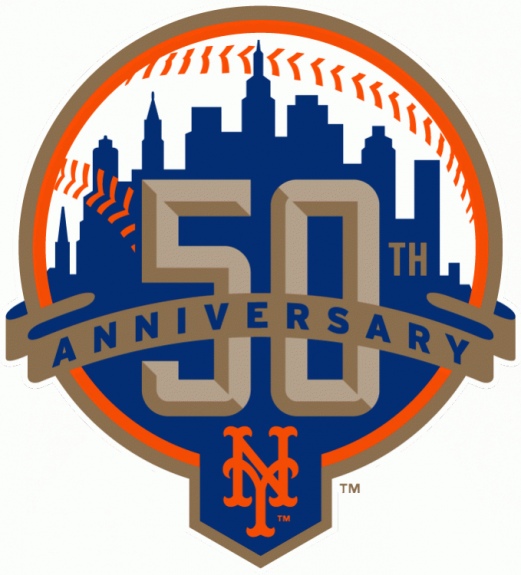 Imagine you're a young boy living in New York City. You're about 12 or 13 years old, waking up on New Year's Day. It's now 1962. For the last four years you've struggled. Perhaps you were a Brooklyn Dodgers fan, maybe even a New York Giants fan. Either way, you loved National League baseball. After the 1957 baseball season concluded, your team packed up and bolted for greener pastures on the west coast. You loved your team, but they no longer played in the largest city in the nation. Since Opening Day 1958, you've been faced with difficult choices. Do you make the switch to the American League and become a fan of the New York Yankees? Do you maintain your team loyalty and support a team that is now three time zones away? Flipping the calendar was special that day. President Kennedy was in the White House. You were still adjusting to the U.S. flag having 50 stars. But, 1962 meant that National League baseball was returning to New York. And, your new team was named the New York Mets.

When the New York Mets took the field in 1962, they paid tribute to their National League heritage and selected blue and orange as their team colors. Blue to honor the Brooklyn Dodgers, and orange to honor the New York Giants. A new stadium wouldn't be ready until the 1964 season, so the Mets temporarily called the Polo Grounds home. The Polo Grounds served as the long-time home of the Giants. In 1960, Ebbets Field, home of the Dodgers, was demolished. Their inaugural campaign was awful, punctuated with a record 120 losses. But fans didn't care. The National League was alive and well in New York.

Throughout the 2012 season, the Mets will celebrate 50 years of baseball. They unveiled a special 50th anniversary patch that all players will wear on their uniforms. The team will not wear alternate jerseys, but will wear uniforms that reflect the look from 1962. They will also reinstate Banner Day during one game when fans will be allowed to bring signs and banners and display them on the warning track.

The boy you imagined earlier, he is now 62 or 63 years old. He has called the Mets World Series champions twice. Once in 1969, and again in 1986. He celebrated two additional pennant winners in 1973 and 2000. But, with all of the great pitchers that wore the Mets uniform - Seaver, Ryan, Gooden, Cone - he still hasn't witnessed a no-hitter.