Related Content
That Old Place in Boston
MLB 2010 Game #2: Angels vs. Red Sox
Sweep Dreams are Made of This 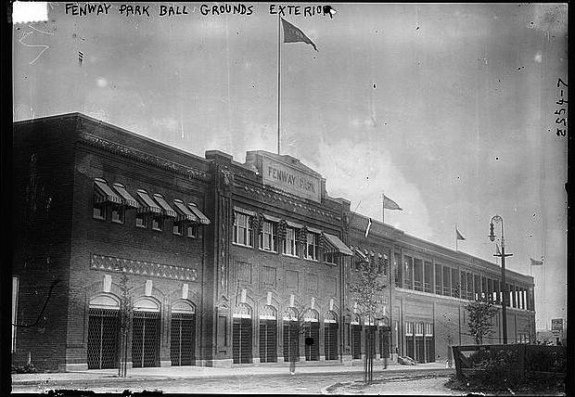 During the 1990s and early 2000s, several new baseball parks sprung up around the majors. With the opening of Oriole Park at Camden Yards in Baltimore, a new trend in park design emerged. The retro look. Parks were no longer enormous multi-use bowls that were devoid of any aesthetic appeal. Architects looked toward the past for inspiration and to celebrate what once was. Back in the late 1990s, the Boston Red Sox considered doing the same thing. Fortunate for everyone, that never happened.

During the 2012 Major League Baseball season, Fenway Park will turn 100 years old. Yes, the Red Sox have the ultimate retro park. The Boston Red Sox played their first game at Fenway Park on April 20, 1912 against the New York Highlanders, and yes, a rivalry was born. The Highlanders would eventually change their name to the Yankees. The Red Sox needed 11 innings to pull off a 7-6 win that day.

Ever since 1991, Fenway Park has held the distinction of being not only the oldest ballpark in the American League, but the oldest in Major League Baseball. Fenway Park earned the title when the Chicago White Sox demolished Comiskey Park in early 1991.

Fenway Park was given its name due to the surrounding neighborhood. The park was constructed in Boston's Fenway neighborhood that was created during the late 1800s by filling in marshlands also known as fens. The Red Sox owner at the time, John I. Taylor, also owned Fenway Realty Company, so the name perhaps served a dual purpose.

While the new retro parks feature quirky dimensions to pay tribute to the ballparks that had a date with wrecking ball, Fenway Park is original. How about these for outfield wall dimension? Left field: 310 feet. Deep Left-Center: 379 feet. Center Field: 389 feet. Deep Right-Center: 420 feet. Right Center: 380 feet. Right Field: 302 feet. Probably the most distinct feature in Fenway Park is the Green Monster in left field. Curious how it compares in height to other significant landmarks?

For the most part, the Red Sox have not announced detailed plans surrounding the celebrations commemorating the 100th anniversary. Some of the events are listed here.

Without a doubt, Fenway Park is my favorite baseball park in Major League Baseball. Yes, I can hear my fellow Cubs fellow calling me a blasphemer. Despite being constructed only two years after Fenway Park, Wrigley Field doesn't come close. I've been fortunate to attend games at Fenway Park on two occasions. Once in 2000, and again in 2010.

Fenway Park has been the home field to many of baseballs finest players; however, three come to mind: Babe Ruth, Ted Williams, and Carl Yastremski. One of the most dramatic players to play there was Jimmy Persall.