The Edge of Elimination 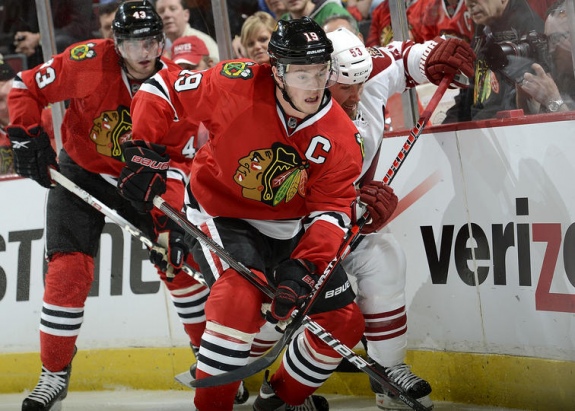 When the regular season came to a close, I expected to watch playoff hockey into at least into May. Tonight, the Chicago Blackhawks find themselves teetering on the edge of their second consecutive first round exit. With the series shifting back to the desert, the Phoenix Coyotes will advance to the second round of the NHL's Western Conference playoffs with a win this evening.

While the damage may already be done, the NHL announced a 25-game suspension for Phoenix's Raffi Torres. During the opening period of Game 3, Torres sent Chicago's Marian Hossa to Northwestern Memorial Hospital after leaving his skates applying his shoulder for a direct blow to the head.

Down three-games-to-one, the Blackhawks must win Game 5 in Phoenix, return home for Game 6, and travel back to Phoenix for a Game 7 victory. Possible? Yes. Likely? No.