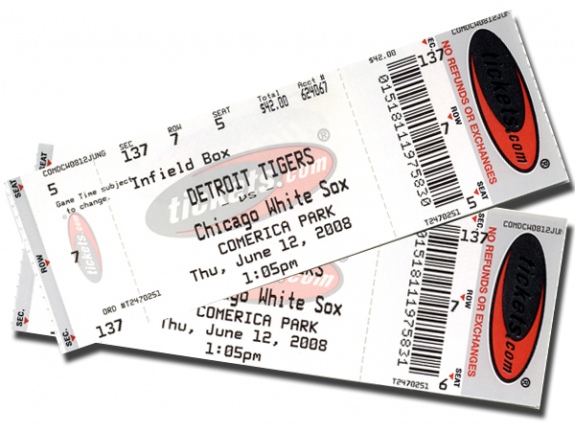 We're heading northeast to Detroit's Comerica Park today to catch the Chicago White Sox play the Detroit Tigers at 1:05 p.m. That's Eastern time. This is my fourth game of the 2008 season, and my first American League game. In fact, this is first time I've seen the White Sox play a road game outside of Chicago. Though I have seen them play at Wrigley Field, at doesn't truly count.

The probable starting pitchers for Thursday are Mark Buehrle (3-6) and Kenny Rogers (4-4). After winning seven in a row, the Sox have dropped their first two against the Tigers. On top of that, Buehrle has been struggling all season.

More importantly, the Cubs won again. Looks like Soriano will be out of the lineup for a while. Here are the current National League Central Division standings:

Have a great time!

Thanks. That's the plan.

Say Hi to Detroit for me!

Pujols is out too. Boo!