So my dad...well, he's my dad. He's corny. He's ridiculous at times. He's definitely my father. I look exactly like him, act kind of like him, and I'm his little girl.

I have been a part of his life for 16 out of 53 years. And tomorrow I get to help him celebrate his 54th birthday tomorrow. Another year, another birthday. I want him to know that even though he's 54, he does not look it at all. He actually looks like he's 40 instead.

I also am writing this for my dad, because he's retiring from the Springfield Fire Department after 28 years on duty. He's done an amazing job on the department, and has done it well. He first started out as an EMT for the ambulance serivce at St. John's Hospital, where he ended up meeting my mom. Then from there out, he went to the fire department, took the test, and made it as a rookie. Eventually through those 28 years, he went from rookie to regular firefighter to captain to battalion chief today. He's loved his job, but I guess now he is just tiring of it. Of course, he's seen more death, destruction, and pain than any of us should see in our lifetime. And the September 11th attacks had a big effect on us, as well as the fire department. But he's done such a good job, handling all the stress being thrown his way, and letting me live the firefighter life with him a couple days. I always played in the fire truck, slid down the firepole, and most recently climbed up the aerial ladder 60 feet in the air. He's let me see his work life, and I'm so proud of him.

The last reason why I am writing is, is because he's my dad. I've needed to make a blog dedicated to him because I love him and he makes me so proud. Sure, he's embarassing. Who's dads aren't? He has the corniest jokes that have yet to make me laugh. He's ridiculously tall so that's where my height comes from. He's impatient, and so am I meaning it doesn't usually work in the household. We have our "moments" where we are at each other's throats, and then we have our father-daughter bonding moments. I annoy him, he annoys me so we're equal. He's overprotective, and I tend to fight that. I like to embarrass him, and he does likewise back at me. Basically, we're as close as we'll ever be. He's here for me, as I am for him. He's my "old" father and I'm his daughter. We're best friends, we're enemies (at times), but we love each other.

I'm proud of my father, Philip Harris. He's taught me many lessons. I wish him a Happy 54th Birthday, and a happy retirement from the job he's loved. Congrats, Daddy! 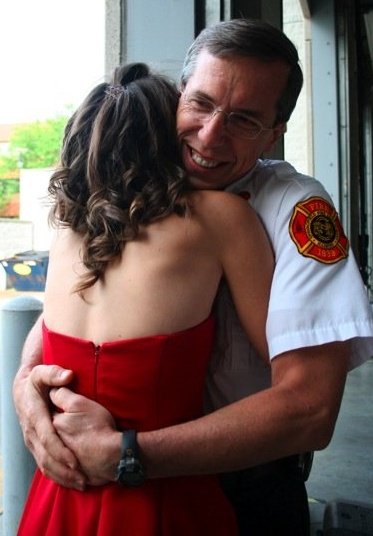 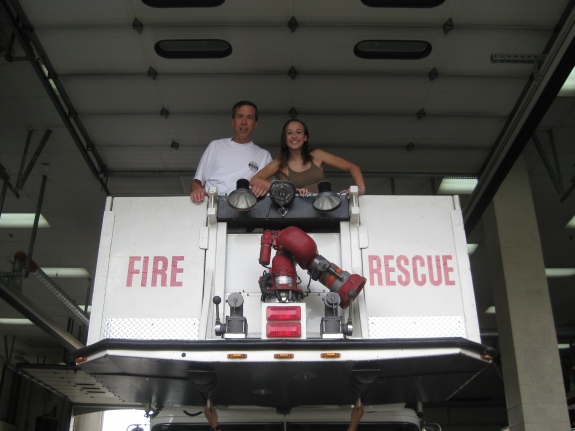 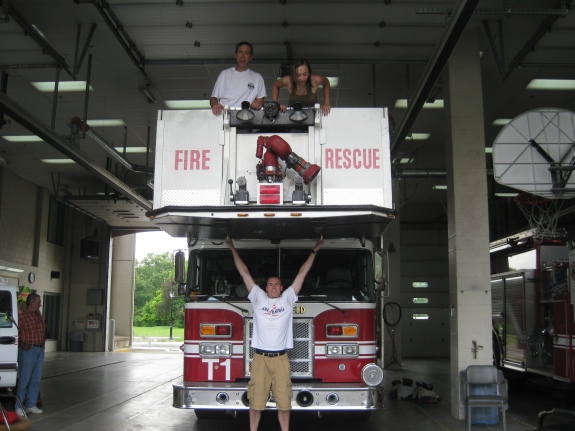 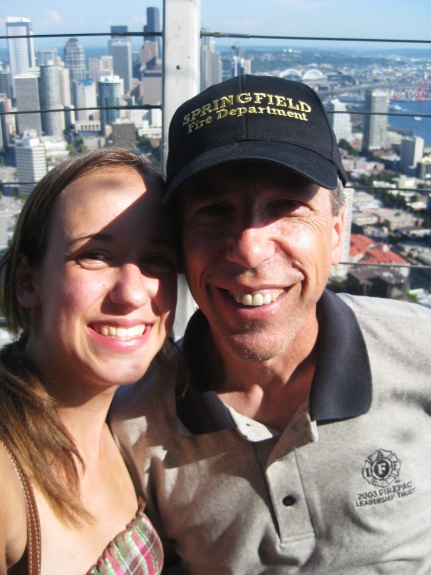 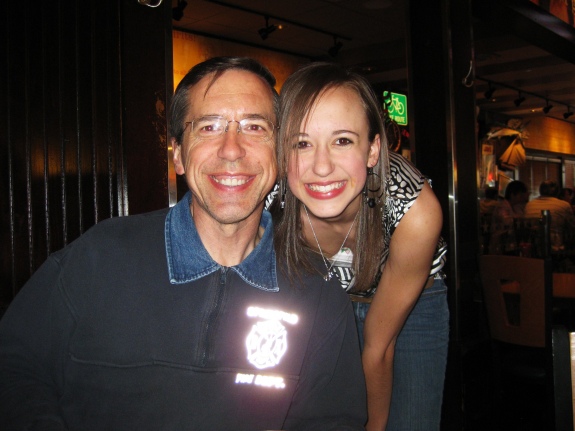 Happy Birthday, Brenna's dad!! That was a great blog, Brenna!

Just a bit of resemblance! I am sure that your Dad is having a great birthday and is super proud of you!

Happy Birthday! So sweet of you to write about your Dad.

That's wonderful. I hope I can have a similarly wonderful relationship with my daughter as she grows up. :-)

Congratulations to another risk taker that didn't fear the risk because he knew that he was doing his job for his family and the better of his fellow men. Because my Dad was a Soldier and made to retirement, I realize the importantance of a Public Servant doing the same thing. Your Dad and Mom certainly have a beautiful daughter as a parrt of their union, and may your father enjoy a long useful retirement.

Happy Birthday to your dad! He sounds like a truly wonderful, not just because of the words you spoke, but becuase he's helped raise a daughter wonderful enough to speak those words. God bless you all.