Last week Gareth did an aikido summer camp. It went much better than beach baseball camp (our earlier summer camp unhappiness). I did tae kwon do before I had kids, so I am very interested in getting Gareth into it. I also think the discipline/structure is a benefit.
Camp was at the dojo every day except Wednesday, when they went to the beach instead. Gareth liked it overall, but it was a bit exhausting. He did participate every day. And even when I had to leave (to pick up Jonas, for instance), he was fine. I don't think we'll be doing it as a regular activity at this point. For one, we are going to stick with swimming as long as it's offered this fall. But I think he might be interested in aikido in the future. More pics here: http://www.humzoo.com/girlcarew/photos/31/1/ 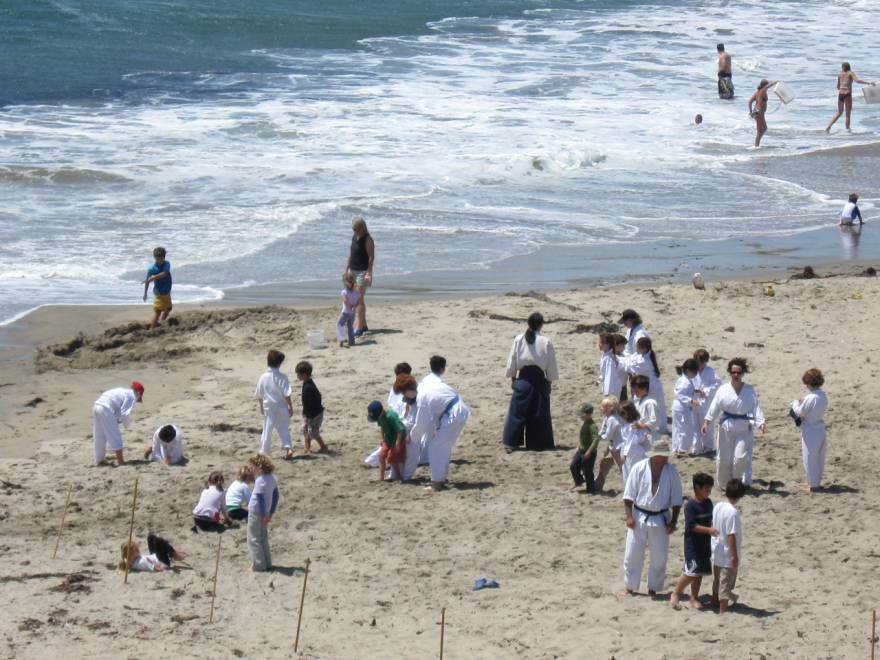 Cool picure. It must be fun to have the class at the beach.