We didn't end up going on a road trip in 2015. Work got in the way. But I was determined to do one in 2016. It was good. And I learned a lot about the best way to do them. Some things were good. Some things I need to change for next time. But I think the overall reflection is positive.

We started from Austin in mid-June and did the long haul to Amarillo. I had wanted to stop by Palo Duro canyon, but we decided to come back when it's cooler. So Amarillo was merely a sleep stop. On our way out of town the next morning, we decided to stop at the Cadillac Ranch. I really wasn't sure what to expect. It's not much as seen from the road. 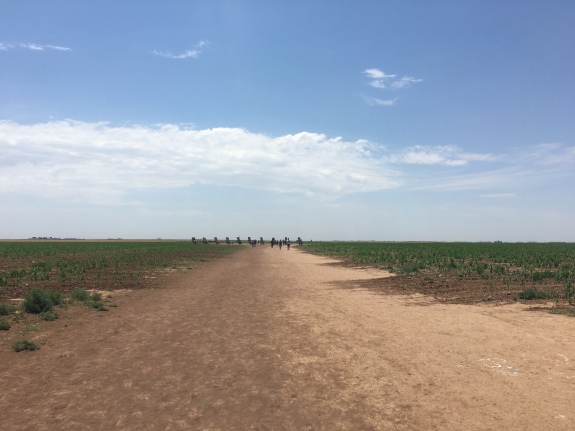 We try to do a lot of family selfies. It's the best way to get the boys to take pictures. 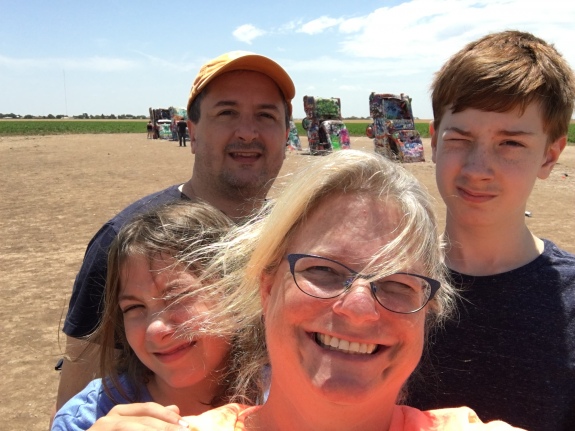 Once we got up to the cars themselves, we realized that it was a participation-encourages public art installation. Many people had spray paint cans and were adding their own art. We started searching the cans littered on the ground for some that weren't empty but didn't have much luck. It was fascinating to see the layers of paint. 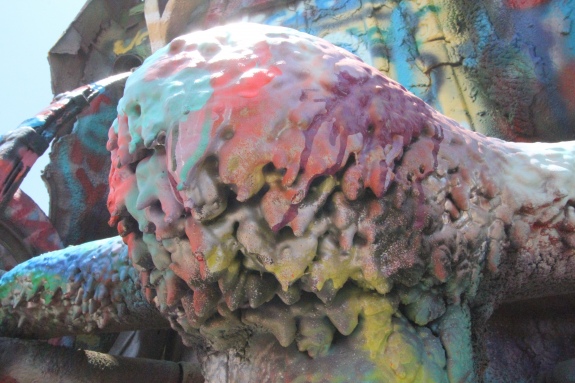 Finally, a group that had finished had some left over paint and offered us their cans. It took a little coaxing for G, but everyone added their touch. 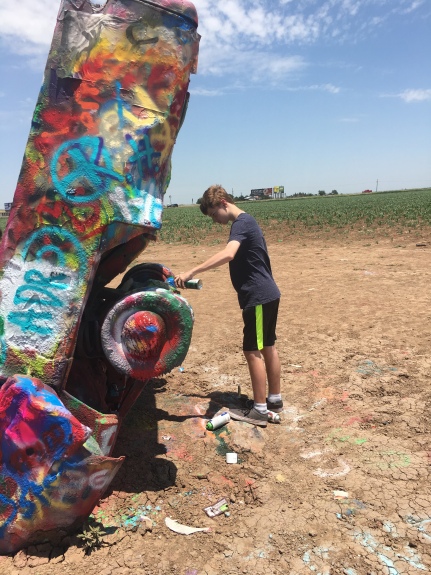 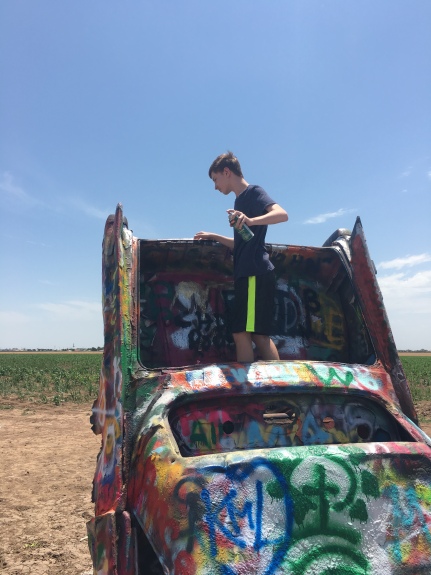 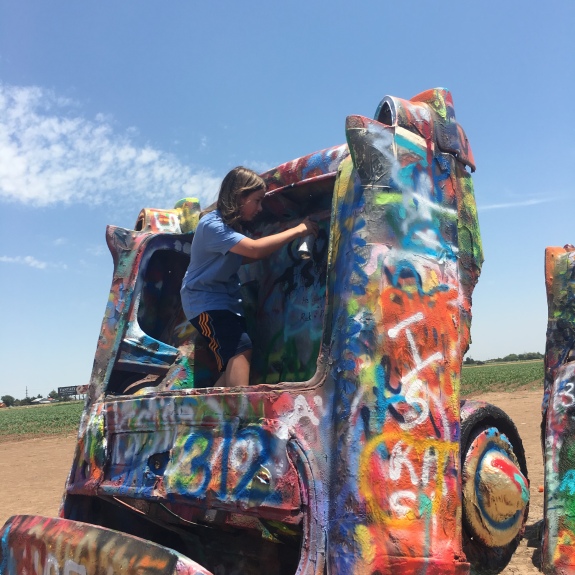 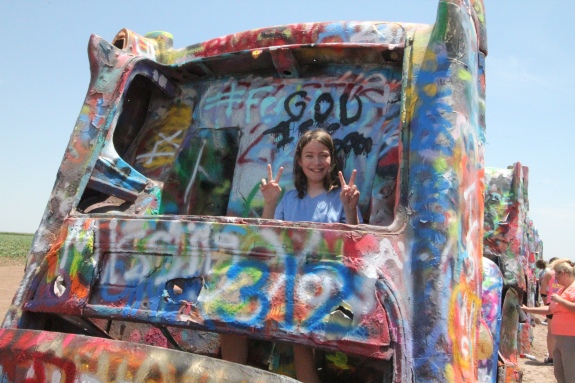 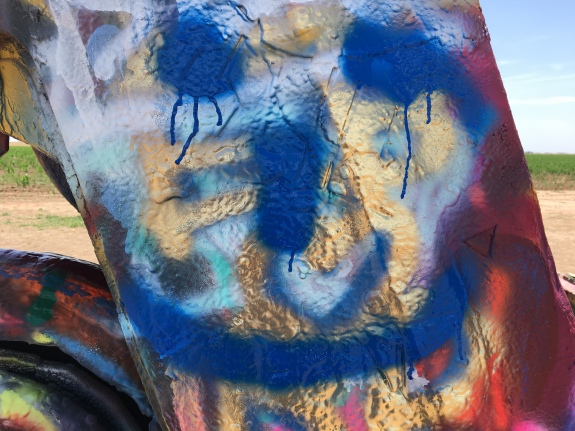 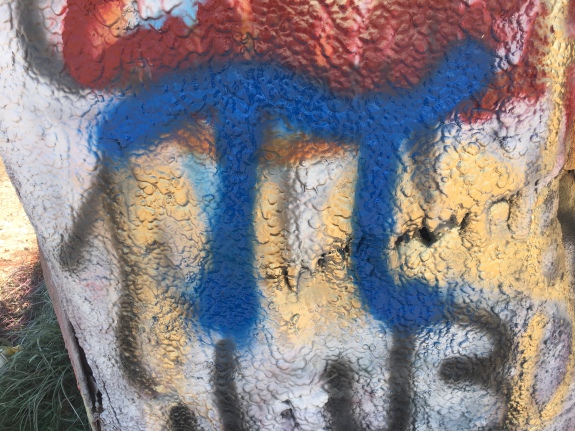 Then we continued on. This was our second longest day of driving, and we were headed to Alamosa, Colorado. Along the way, we saw a very odd tractor. 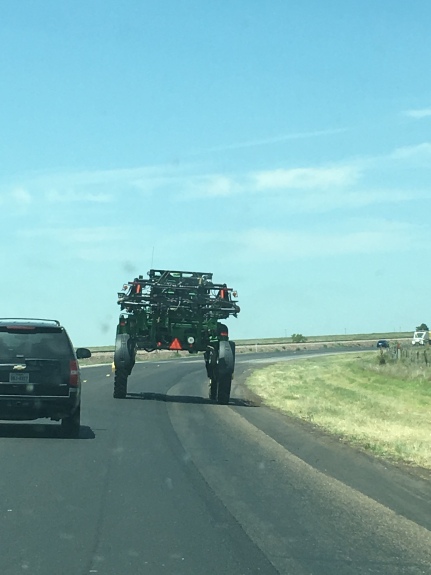 And the Saddle Mountain Cowboy Church 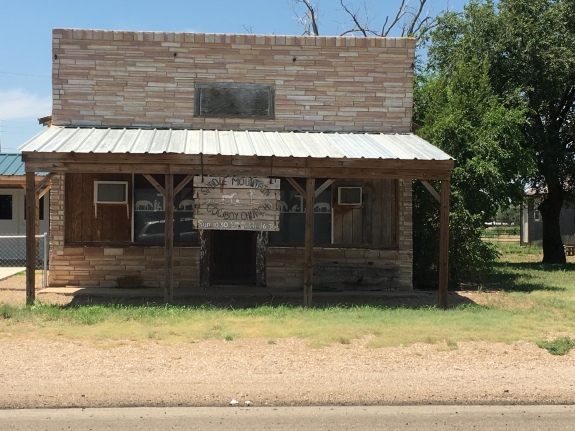 Alamosa welcomed us with a lovely rainbow and we settled in for the night. 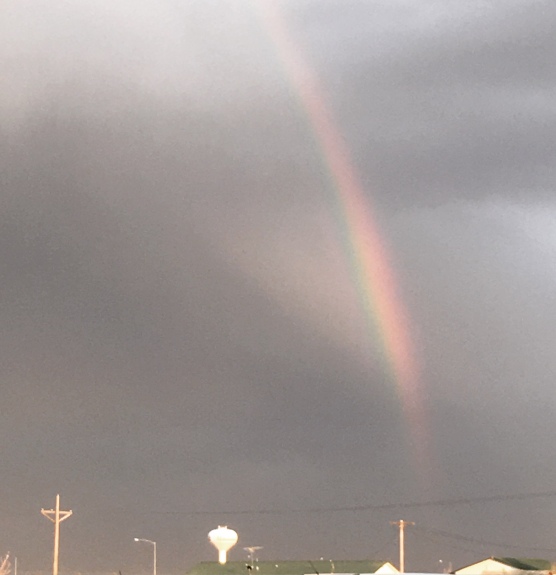