A few more photo albums and there is a revised story on Uncle Jack, Orall Bundy. Orall Bundy was a member of the Sullivan High School Track team in 1912. 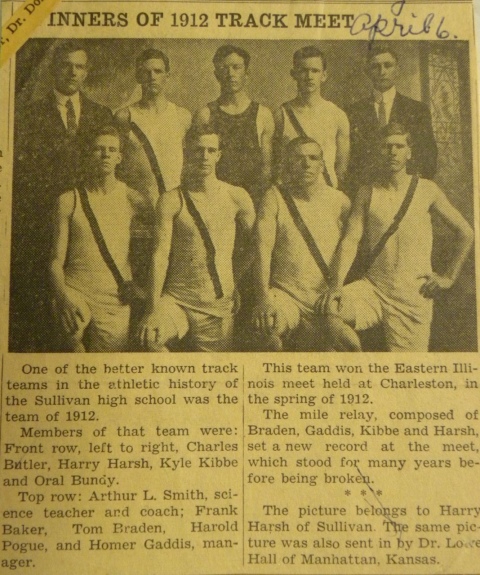 IHSA did not split schools into large and small schools until 1914. Sullivan High School was represented at the state meet. Teammates Pogue and Butler were listed as medalists in the 1912 and 1913 state IHSA meet.
http://www.ihsa.org/activity/trb/records/index.htm
The winning jump for the pole vault in 1912 was 10'6". So perhaps the note on the back of the postcard "Orall Bundy breaking the state record" means that the jump was over 10'6" The winning jump for 1913 was 11'6 3/8" and Orall Bundy is not listed anywhere. Perhaps the photograph was not at the state meet. 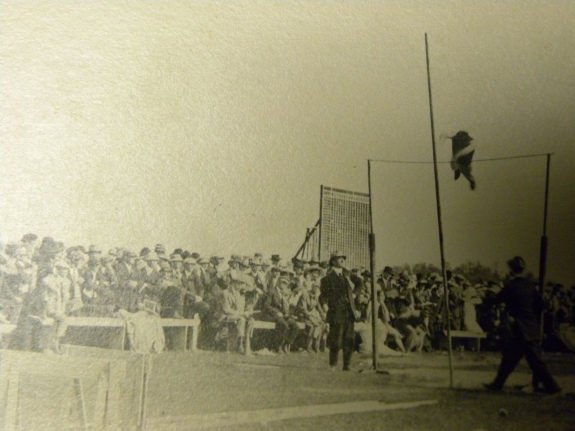 This photo of Orall Bundy dated 1913 must be his high school graduation. 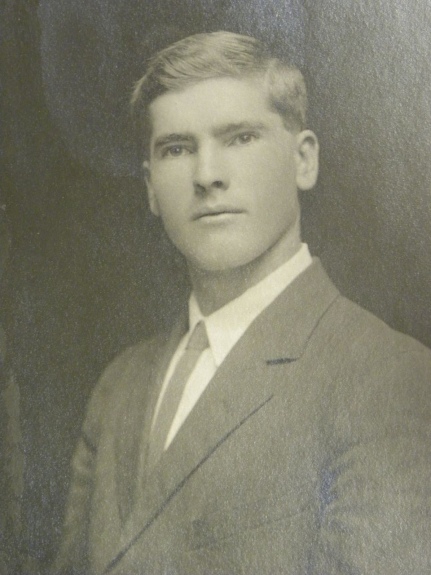 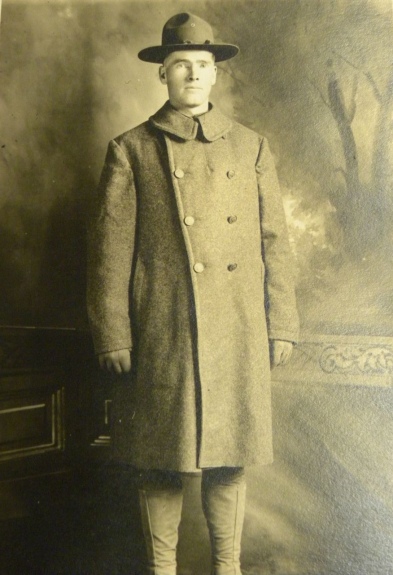 It's great when a small item can take you on a family tree adventure of learning. Love the photos.

Wow. Fascinating history. I really love seeing the military pic. I remember older people in my family being interested in family history when I was younger and I didn't get it. But I so do now!!