You know how it is in life. You've had a tough week and Friday is finally over and you just wish that someone would come along and "take you away" and your dinner would be prepared by someone else (not at a restaurant) and someone had come and cleaned the house so you have the whole weekend before you with no annoying tasks to put a damper on it. Amazingly part of that fantasy came true tonight.

When I was coming down my street I noticed my yard debris container sitting out waiting to be emptied. BUT, I knew I didn't leave it there this morning. My first thought was "kids". Some neighbor kids having fun and goofing around with it. It looked fine--nothing bad but I couldn't imagine why it was there otherwise. 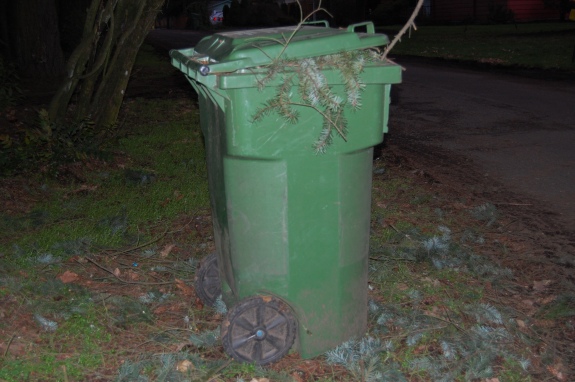 As I got closer, I realized it was full. Now, even if it somehow made it to the street on its own--I couldn't imagine how it got filled! That kind of prank should be played more often if that was the case!! I did leave it close to the street to fill up for Tuesday from the monster pile of evergreen "stuff" my neighbor got off all the limbs he cut up for firewood several weeks back (the arctic blast). I've been working at it but 3 full cans later the pile barely looks touched. It is a LOT of stuff. 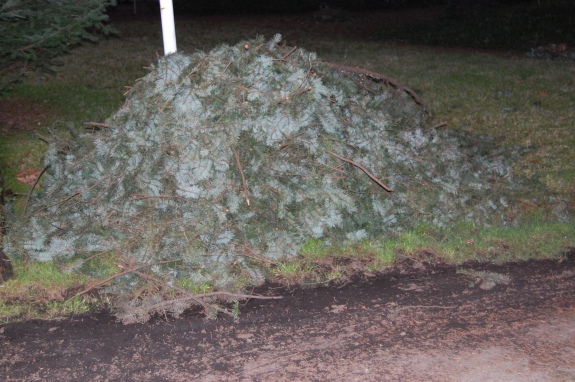 As I turned into the driveway, I saw not only was the can full but the yard was raked and more debris was raked into piles to put in the can once it is emptied. 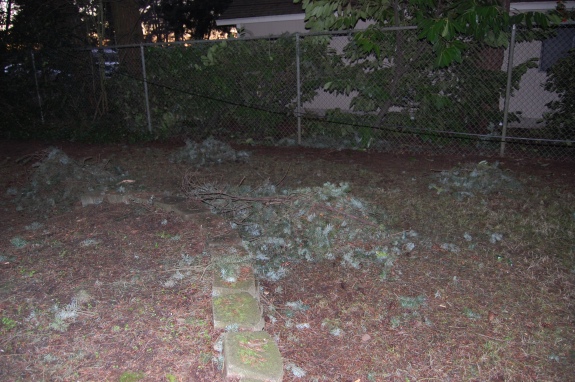 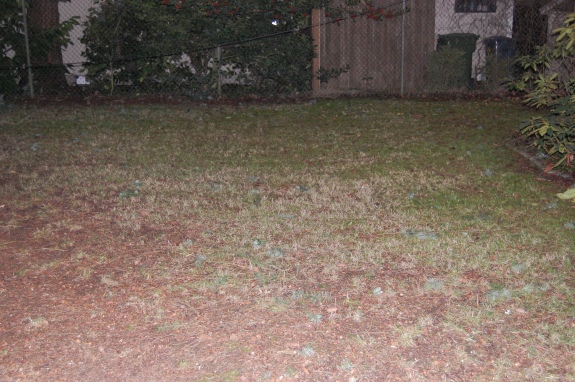 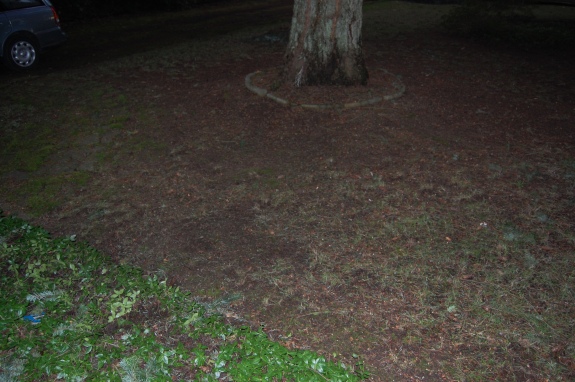 I'm amazed. I can't imagine who would have done it other than my neighbor. I know my yard-lady, Debbie, came by last week to leave a bill and she mentioned how much debris was in that pile and what a lot of limbs it must have taken to get that much. She said she would see me in February to check the yard for mowing (amazing, eh? mowing in February??) I can't imagine her changing her mind and coming back to clean the yard.

Either 1) he was home and bored today, 2) his son was home and he decided his son needed work to keep from being bored, 3) he got tired of looking at the mess and decided if he didn't do it, it wouldn't get done for another month, 4) he loved the cookies and cake so much that when he ran out of either or both he decided if he came back and did more yardwork, I'd do more baking.

Regardless of who did it for what reason, I'm humbled by the generosity and kindness--not to mention the nice yard. Oh, and that black line above the piles. The line for the cable that is still waiting for Comcast to come get it up again. And they would pay someone to do that!!

Thank you kind person--whoever you are!! You made my day!!

You have a gaurdian angel in the neighborhood.

That's what we need more of these days.... Random acts of kindness... we should continue the trend as we go!!

Amen, Good News. I try whenever I can. I'm heading for the kitchen soon to wrap up a cake to go leave on the doorstep next door. Even if they aren't my angels, they still get cake! :)

Stories like this bring tears to my eyes....not figuratively, litterally! We try to tell you how special you are. It looks like someone there has finally found a way to express that for themselves. How wonderful!

Richie & Ashley   Saturday, January 17, 2009
Hi! This is Sue from "Adventures in HK"....thanks for posting on my blog. What a blessing to you! I love those random acts of kindness, too! And, if they get a cake in return, it blesses them, too!

That's awesome. No doubt you are being paid back for your many kind deeds. Thanks for the feel good story.

Welcome back, Leslie. Haven't seen you around for a bit. Didn't you take a trip? :)

Ok, we are still in suspense, who did it?

No one has fessed up to it. I'm guessing my neighbor since he kept the cake. LOL